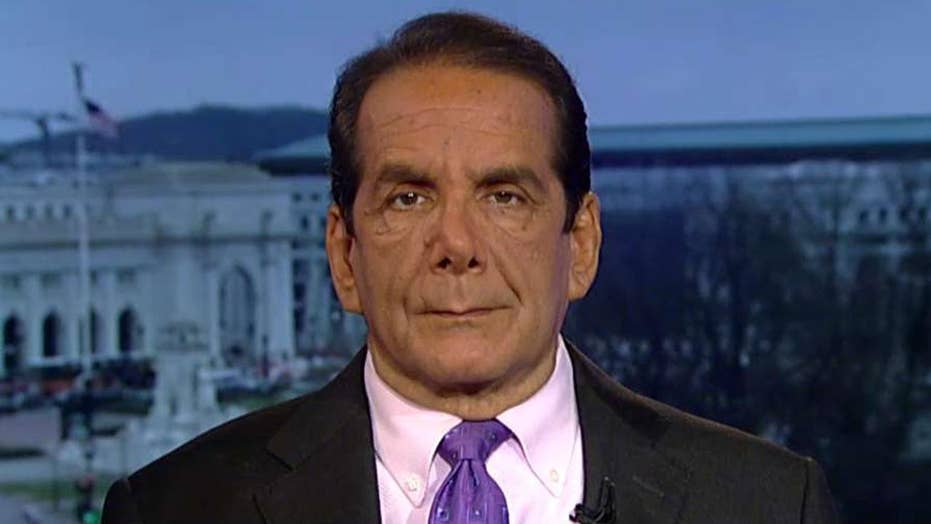 Fox News Contributor and syndicated columnist Charles Krauthammer said Tuesday on “Special Report with Bret Baier” that Russia’s continued support of the Assad regime in Syria is “not an affection for Assad or Syria,” but for a bigger reason.

“As a result of their involvement, they now have a naval base in the warm water Mediterranean, they have active, very powerful airbase in Syria,” he said. “They have a presence in the Middle East. They are the power.”

Secretary of State Rex Tillerson arrived in Moscow on Tuesday as tensions have flared between the United States and Russia over American airstrikes on a Syrian airbase in retaliation for last week’s chemical weapons attack in Idlib province. The Kremlin has denied suggestions that the Syrian government led by President Bashar al Assad may have been behind the attack.

On Tuesday, Russian President Vladimir Putin went so far as to suggest that Assad was being framed for the chemical weapons attack, saying "we have intelligence from various sources that similar provocations are being prepared in other regions of Syria, including southern suburbs of Damascus, where they are planning to plant chemicals and blame the Syrian government for using them."

Before arriving in Moscow, Tillerson criticized Russia for failing to live up to its obligation to remove chemical weapons from Syria.

“I hope that what the Russian Government concludes is that they have aligned themselves with an unreliable partner in Bashar al-Assad…The Assad regime, the Iranians and Hezbollah -  is that a long term alliance that serves Russia's interests?” he said.

Krauthammer said may be foolish for an American secretary of state to lecture Russia on its own best interests.

“They have displaced the United States, and their entire foreign policy under Putin is to recover the glory and the territory and the influence of the old Soviet Union one piece at a time and it does that by taking away from the United States,” he said. “It's a zero sum game.”

“The idea that we're going to persuade them it's not in your interest to stay with Iran and Hezbollah and Assad, who are we to say, of course it's in the Russian interest, they have succeeded in doing it and unless we show them a reason to abandon it, they are not going to leave,” he added.