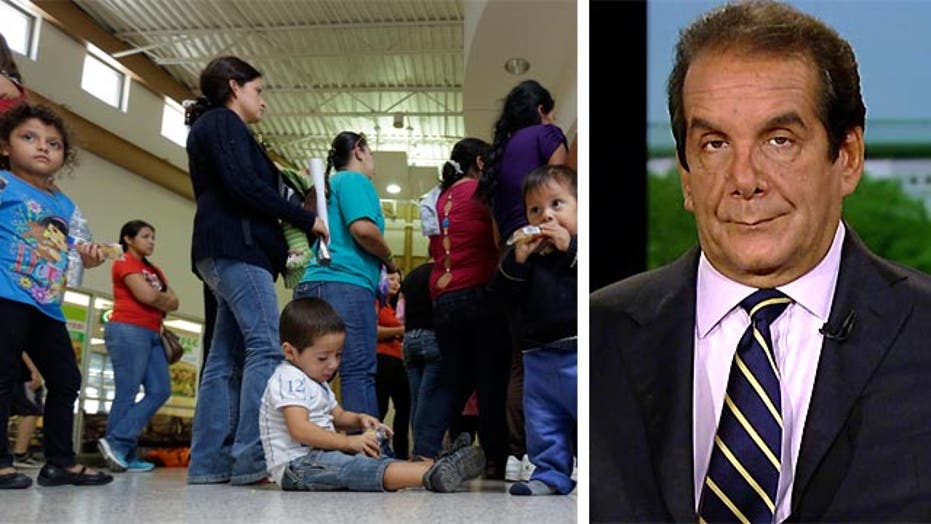 Syndicated columnist Charles Krauthammer said the program the administration is considering to grant refugee status to some Honduran children may help both the Central American children and Americans here at home.

Syndicated columnist Charles Krauthammer said Friday on “Special Report with Bret Baier” that the pilot program the administration reportedly is considering to grant refugee status to some Honduran children may help both the Central American youngsters and Americans at home.

Krauthammer said the idea to help children apply for the program from their countries—rather than risk the dangerous journey to the border—would be a “humanitarian action on the part of the U.S.,” and would “save the agony of the kids who come across, and save the agony of Americans who have to deal with the crisis.”

However, he cautioned against the White House classifying the children as “refugees.”

“A refugee is someone who fears persecution of religion or ethnicity or political opinion. This is not what’s happening in Honduras,” Krauthammer said, adding, “If you want to create a new, special category, okay, but don’t distort existing law.”