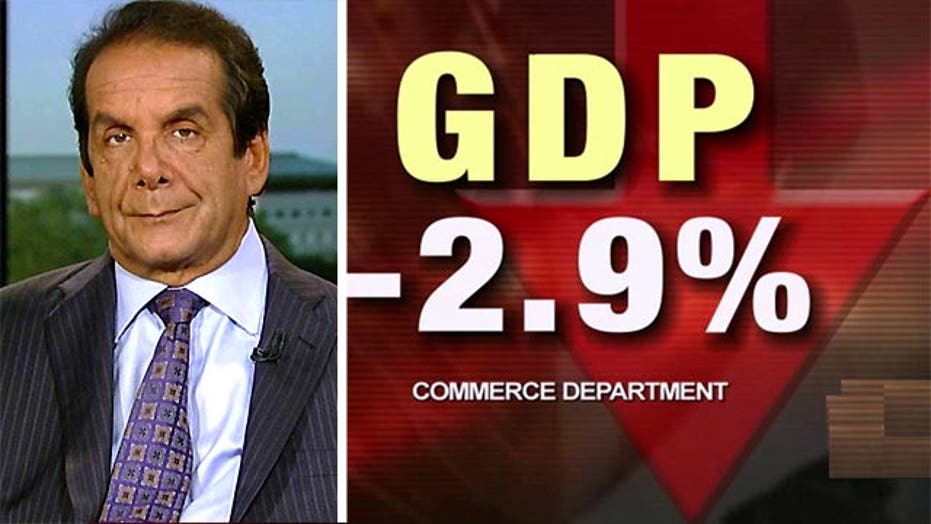 Charles Krauthammer said Wednesday on “Special Report with Bret Baier” that the worst quarterly economic report since President Obama’s first three months in office is a result of the administration’s bad policies.

“This is obviously a result of an administration, five years of policies…[resulting in] high taxation, high regulation, high spending and high debt,” Krauthammer, a syndicated columnist and a Fox News contributor, said.

Krauthammer cited examples such as overregulation by the Environmental Protection Agency and the uncertainty caused by the Affordable Care Act. Despite the administration’s hand in the weak recovery, Krauthammer said the president and his team are failing to take responsibility.

“The administration can come up with all the excuses it wants, you know, oh, the weather…as if you never have bad weather in winter,” he said, adding, “In the first term, the administration would blame everything on Bush, and now it’s climate. If we keep up global warming and these winters, we’re going to freeze to death in the northeast.”

Krauthammer believes the solution to the nation’s economic woes isn’t complicated – if only the White House and Washington Democrats would embrace it.

“You simply have to unleash the American economy, and you would have a normal recovery,” he said. “But that is something that Democrats are unwilling to acknowledge.”