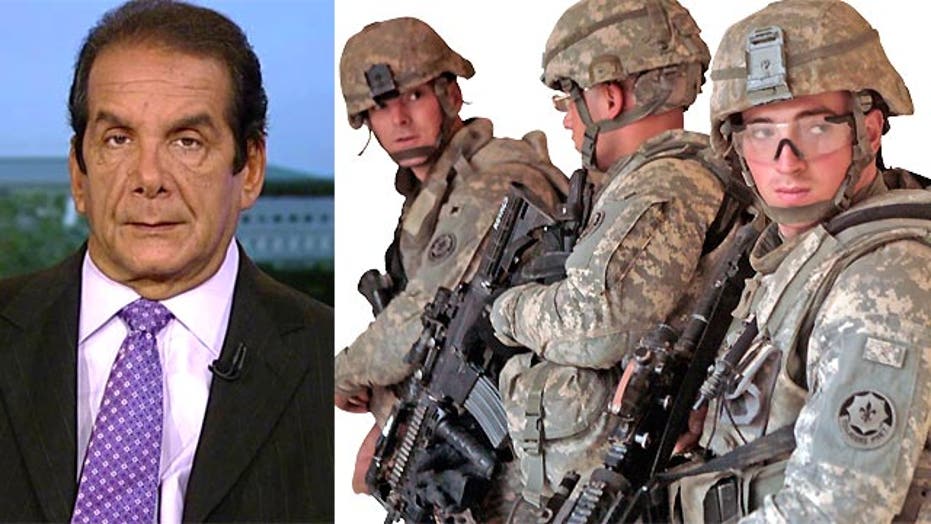 “This is a Band-Aid,” he said of the president's new plan.

The Obama administration announced Wednesday that it will add 450 US military advisers to train Iraqi forces and reclaim Ramadi.

“This is not something that’s going to have any effect, and the most shocking fact of all is… that we’ve trained exactly zero Sunnis,” Krauthammer said.

"The rise of ISIS, the loss of Anbar was precisely because the Sunnis have abandoned our side, which they had joined in the surge, because of the conduct of the Shiite government, the corruption, the persecution, the pursuit of the Sunnis," he said.

"Our only hope would have been getting the Sunnis to join us against ISIS."