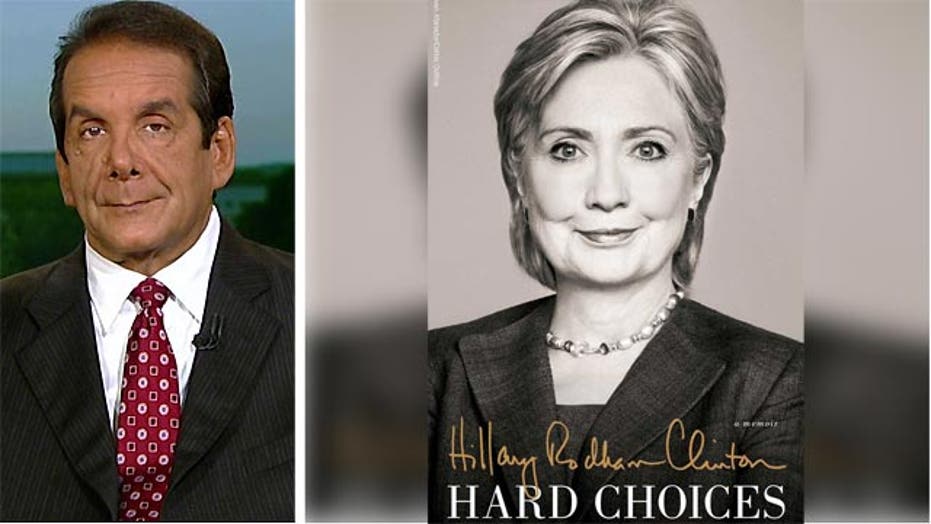 Charles Krauthammer said Monday on "Special Report with Bret Baier" that Hillary Clinton's book, "Hard Choices," which comes out Tuesday, is "a good launch" because Clinton is releasing the memoir long before the 2016 presidential race begins.

Krauthammer, a syndicated columnist and Fox News contributor, said it's clear Clinton has a strategy for launching her book months before the 2014 midterm elections, after which, he said, the 2016 race will start.

"What she's trying to do is to insulate herself against certain charges," he said. "That's why the Benghazi story chapter was released last week. It's a way to say, 'this is what they're always going to do...I'm not going to stoop to answer such a question."

However, Krauthammer said he believes this strategy will be unsuccessful.

"It's not going to work on Benghazi because the hearings, if there are hearings...are going to happen next year when the campaign starts," he said.