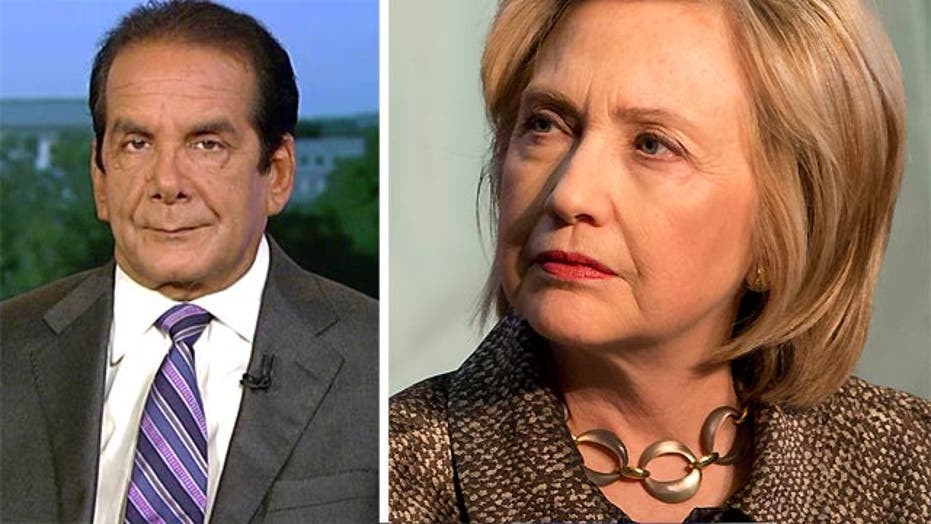 Syndicated columnist Charles Krauthammer told viewers Wednesday on “Special Report with Bret Baier” that now that Hillary Clinton has agreed to turn over her email server to the FBI, she has lost control of a situation she fought so hard to hold onto.

"The point of this entire exercise was not convenience," Krauthammer said.

"It was to have control of the emails, to keep them secret, and thus to avoid the Freedom of Information Act and congressional oversight which is a way to allow the public and the public's representatives to have a look at official business."

By keeping the emails secret, Krauthammer said, Clinton thought she could avoid having them reviewed by outside entities, including the public.

"Once it's in the hands of the FBI, she has no control," he added.