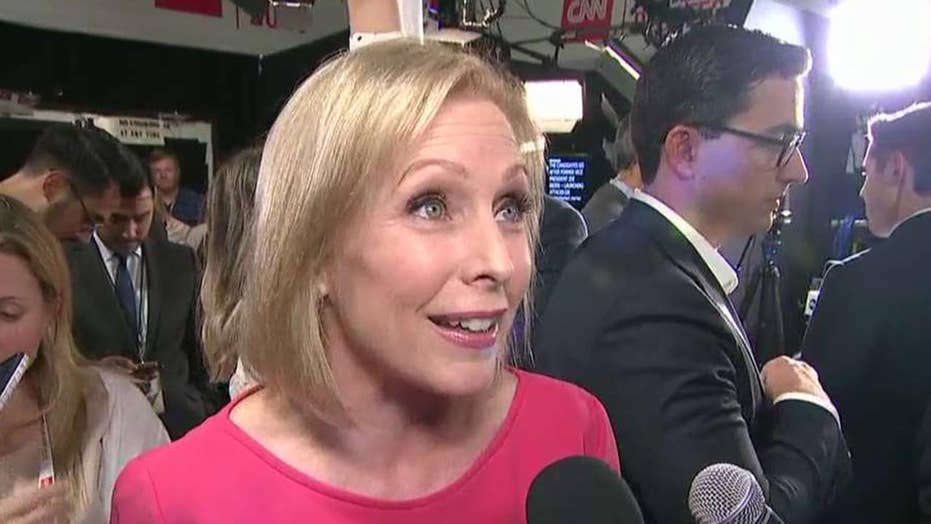 Gillibrand: The Democratic nominee needs to inspire women, have their back

Sen. Kirsten Gillibrand, D-N.Y., said at Wednesday night’s Democratic debate that she could go to the suburbs and explain what white privilege is to white women who voted for President Trump.

“I can talk to those white women,” she said in response to a question about how she would heal race relations in the country. “When their son is walking down the street with a bag of M&Ms in his pocket, wearing a hoodie, his whiteness is what protects him from not being shot.”

Gillibrand added she doesn’t believe it’s the sole responsibility of candidates of color to educate on issues of institutional racism.

“I think as a white woman of privilege who is a U.S. senator running for president of the United States,” she said, “it is also my responsibility to lift up those voices that aren’t being listened to.”