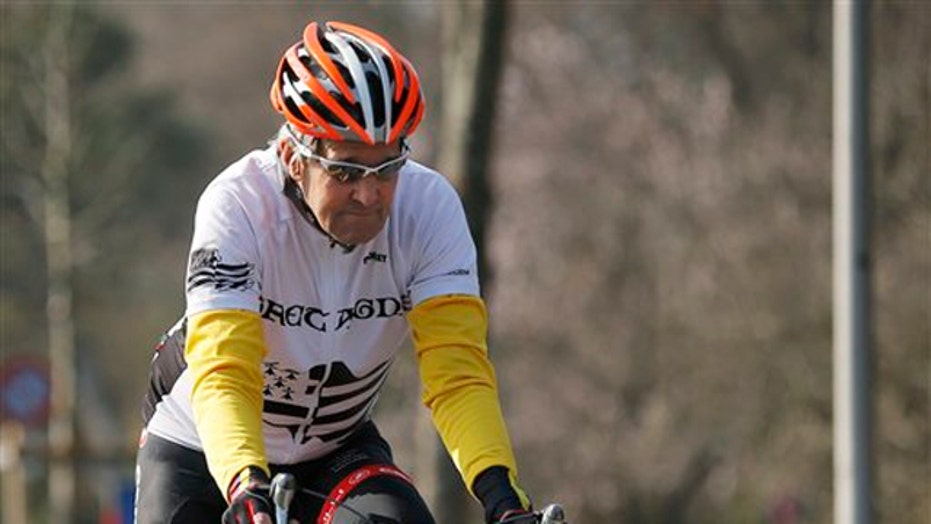 Secretary of State John Kerry broke his femur in a bike crash while in France, is expected to make a full recovery

Secretary of State John Kerry will return on Monday to the United States after breaking his leg in a bike crash outside Geneva and will be accompanied on the flight by his Boston-based orthopedic surgeon, according to the State Department.

Kerry fractured his right femur when his bike hit a curb during a ride on Sunday near Scionzier, France, a Tour de France stretch beyond the Swiss border.

The 71-year-old Kerry had planned to return to Boston on Sunday. However, he decided after further consultation to remain in Geneva’s main hospital, HUG, “for purely precautionary measures” and fly home Monday, department spokesman John Kirby said.

Among the concerns is that the fracture occurred close to where Kerry had hip-replacement surgery in 2009.

Kerry and Burke will return aboard a U.S. military C-17 transport aircraft, based in Ramstein, Germany. The plane will be staffed by additional military medical personnel “in keeping with standard practice,” Kirby said.

After the crash, Kerry was immediately examined by a paramedic traveling with his motorcade, then taken to HUG, where X-rays confirmed his right femur was fractured.

Kirby said Kerry never lost consciousness, is in good spirits and has spoken to several people by phone including President Obama.

Ending the trip means Kerry is skipping meetings with Spanish leaders and a conference in Paris on fighting the Islamic State terror group.

Kerry's cycling rides have become a theme of his diplomatic journeys, often taking his bike with him on the plane.

During discussions in late March and early April between world powers and Iran, he took several bike trips during breaks in the negotiations. Those talks were held in Lausanne, Switzerland, and led to a framework agreement.

Kerry met Iranian Foreign Minister Mohammad Javad Zarif for six hours in a Geneva hotel Saturday as the sides now work to seal a comprehensive accord by June 30.