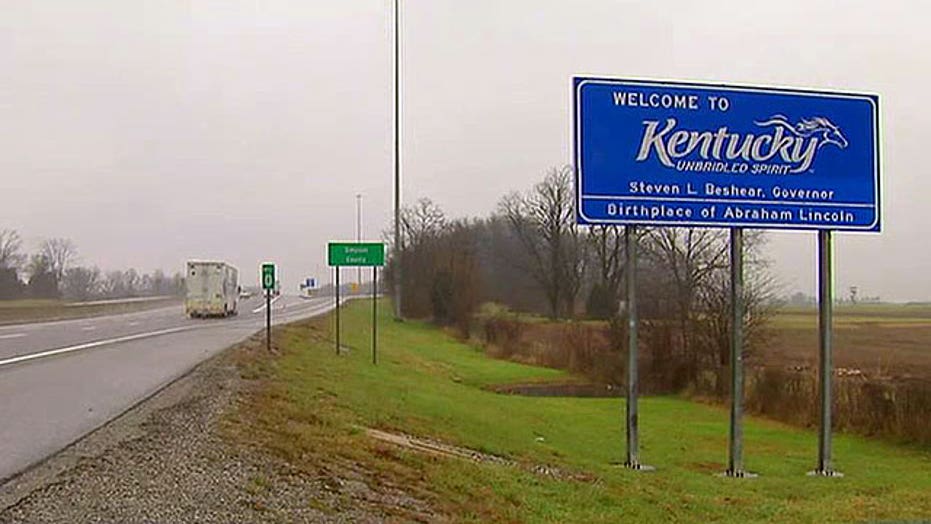 Local governments in Kentucky are taking matters into their own hands in a bid to battle union influence and, they say, make their communities more business-friendly.

Kentucky is one of the last states in the South that does not have a so-called right-to-work law, which bar unions from forcing workers to pay dues. But surrounding states like Tennessee do -- and counties along Kentucky’s southern border say they're tired of losing jobs to other southern states.

So, in an unprecedented step, county leaders are passing their own right-to-work laws, even as the Democrat-controlled House of Representatives in the state capital refuses to consider one.

In the last month, five counties have approved ordinances limiting unions – becoming the first counties in the nation to do so. And several more Kentucky counties are expected to follow suit in the next month.

Unions, though, are fighting back. They have filed lawsuits against the counties, claiming they're only interested in bashing unions -- not boosting local economies.

"If you just go after those companies that are paying the lowest wages, you're not going to benefit in the long run because they can always find cheaper wages somewhere," said Eldon Renaud, president of the local UAW in Bowling Green, where the Corvette plant operates.

When businesses are looking to expand, many site-selectors say right-to-work is often one of the key criteria used in finding an ideal location -- meaning Kentucky often doesn’t make the initial list of potential candidates.

County leaders are hoping to change that, and say it’s the reason they've seen almost unanimous support from both Democrats and Republicans in passing these local right-to-work ordinances.

"We understand at the local level that it's not politics. It's economics. Unfortunately, when you get to the state capital, it's not necessarily the same thing," said Hardin County Judge-Executive Harry Berry.

The newly passed ordinances still have to work their way through a legal battle, and heavy-hitters are coming out for both sides.

State Attorney General Jack Conway, a Democrat who is running for governor, issued a legal opinion last month stating that only state governments, and not local governments, have the authority to pass right-to-work laws.

On the other side are two former justices from Kentucky’s Supreme Court who argue the counties gained that authority in the 1970s, when legislators granted county governments broad powers to pass laws regarding economic development.

Outside groups supporting the right-to-work effort are closely following the case. If it’s successful, they plan to take this same strategy to counties in other non-right-to-work states such as Ohio, Pennsylvania and Wisconsin.

Regardless of what the courts decide, Jeff Donohue, Democratic member of the Kentucky House of Representatives, said right-to-work laws won’t affect businesses coming to the state.

“Why is Ford Motor Company here? Why is UPS here? Why is Georgetown Toyota here in the state of Kentucky? Why is the Corvette plant here? They're here because of the productivity about the location, and we can get the job done," said Donohue, who is a member of the Economic Development and Tourism committee.

The Bluegrass State economy has out-performed each of its southern, right-to-work neighbors over the last five years -- lowering unemployment and adding manufacturing jobs at a higher rate.

While unions point to those figures as evidence that right-to-work laws aren’t needed, county leaders suggest they could be doing even better.