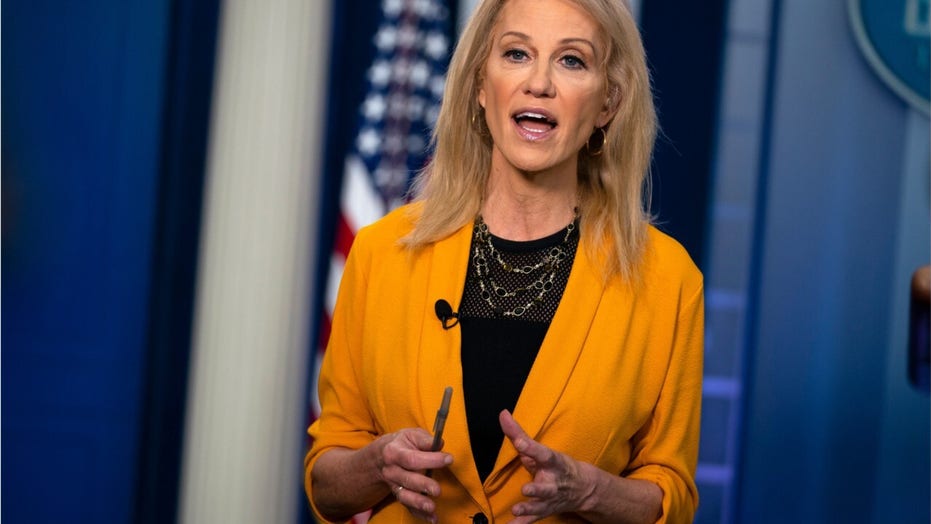 Who is Kellyanne Conway? 5 things to know about Trump's White House counselor

Kellyanne Conway, was the first woman to manage a presidential campaign successfully. Here's some additional facts you might not know about President Trump’s senior advisor.

As White House counselor to President Trump, Kellyanne Conway is one of the more senior females in the administration.

A veteran pollster, Conway, 53, became Trump’s campaign manager just a few months shy of the election. And in obtaining that job, the mom of four became the first woman to successfully manage a presidential campaign.

Read on for a look at five things to know about Conway.

She’s the first woman to successfully manage a presidential campaign

She was named Trump’s campaign manager in August 2016 after the resignation of Paul Manafort. Upon taking over the campaign, Conway kept Trump – a bombastic candidate – in line, the Washington Examiner reported. That role included monitoring just what, and how often, Trump tweeted.

Conway was raised by women

After her parents divorced when she was just 2, Conway was raised by her single mother, she said in a 2017 Cosmopolitan profile.

She’s called her upbringing a “South Jersey’s version of ‘The Golden Girls,’” including during a speech at the Conservative Political Action Committee, as her grandmother and two aunts also helped to raise her.

“I was raised to be a very strong and independent woman without anybody ever saying the word feminist or having any political conversation,” she said in the 2017 speech, according to transcripts.

She worked to elect another GOP candidate in 2016, too

Trump hired Conway in July 2016 – but he wasn’t the first Republican presidential candidate in 2016 that she worked for.

Along with the PAC, Conway was also critical of Trump prior to joining his campaign. She referred to him as a “bully” who was winning the primary based on being offensive in a 2016 interview with Roll Call.

Her firm, The Polling Company, was bought by CRC Public Relations in 2017.

Conway had her own "Me Too" moment

While speaking at Politico’s Women Rule Summit in December 2017, Conway said that “yes, of course,” she experienced instances of sexual harassment in what has been known as the nationwide “Me Too” movement.

She recalled an interview she did during the presidential campaign with MSNBC in which she accused several lawmakers of harassment.

“I would talk to some of the members of Congress there when I was younger and prettier, them rubbing against girls, sticking their tongues down women's throats who were uninvited, didn't like it,” she said then, adding that some of those lawmakers were not Trump supporters.

Conway did not specifically name any of the lawmakers.

During the Politico event, Conway alleged that “nobody cared” about what she said more than a year prior because she is a conservative.

Conway also told Cosmopolitan that she faced sexism and sexual harassment when she went into political consulting work after college, especially when she launched her firm, The Polling Company, when she was 28.

“I encountered all kinds of sexism,” Conway told the magazine. “The most extreme examples were unwanted sexual advances. Always by older men, often in positions of power, with some fancy title before their name and an R or a D after it.”

Conway said she didn’t report instances of sexual harassment then because it was taboo during that time. She said women would often “just pretend it didn’t happen, that it was your fault or that it would never happen again.”

Kellyanne Conway has been mocked for using the term "alternative facts" to defend another White House employee. (Reuters/Kevin Lamarque)

From “alternative facts” to violating the Hatch Act, Conway has often been criticized for how she’s defended the president.

Conway uttered the phrase “alternative facts” – which became one of 2017’s most notable quotes – during an interview with NBC’s “Meet the Press” defending then-press secretary Sean Spicer. Spicer had mischaracterized the size of Trump’s inauguration crowd to reporters.

She also drew scrutiny after she promoted Ivanka Trump’s Nordstrom products in an interview with “Fox & Friends.” After, Spicer said Conway had been “counseled” on the matter.

A federal watchdog group also found that she violated the Hatch Act, a federal law that bars government officials from using their positions to influence political campaigns.