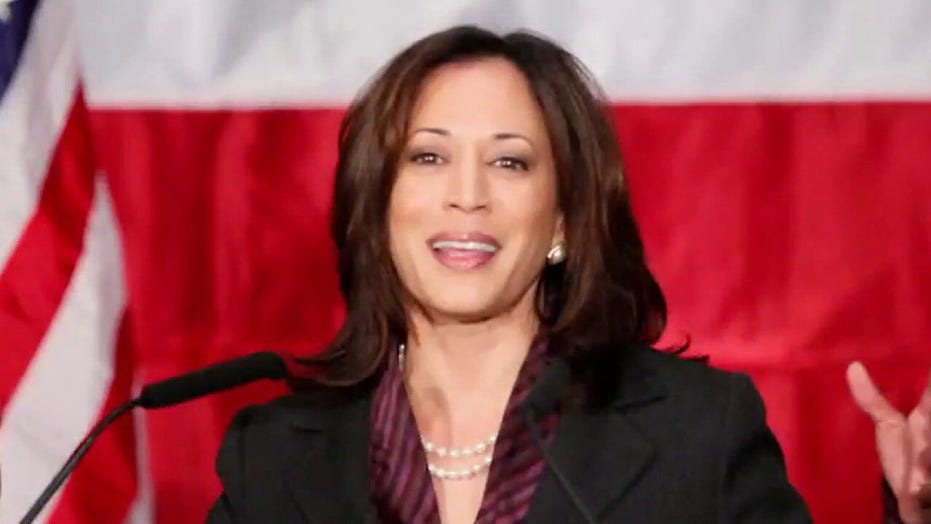 Biden makes appeal to progressives by naming Harris as VP

We're all living in an age where every social media post is scrutinized down to the smallest detail, so you can imagine the rigorous inspection that Joe Biden’s Instagram post announcing Sen. Kamala Harris as his running mate was subject to.

WHAT TO KNOW ABOUT KAMALA HARRIS

To the untrained eye, Biden is seen sitting at a smart desk dressed in a crisp shirt chatting with Harris on a sleek Apple laptop. The décor was something you’d see in a cavernous library at an illustrious New England university.

But social media users were able to spot some irregularities upon closer inspection.

Benny Johnson, the chief creative officer at Turning Point USA, the conservative student organization, took to Twitter shortly after Biden’s announcement and identified a note tucked under the laptop that was tough to read but he said looked something like a “script.”

The Trump campaign seized on the photo and said in an email that Biden needed the paper to "understand why his handlers chose" Harris.

Johnson noted that Biden is holding his iPhone upside down and any eagle-eyed observer can also spot a cartoon on his desk with a character screaming, “WHY ME?!”

Biden's defenders took to social media and said he is likely holding the phone upside down because another person was part of the conference and was on speaker phone.

The post illustrates how the 2020 campaign is in full swing after Biden's selection of Harris.

Biden wrote in the post that it is his great honor to announce his selection of Harris as his pick for a running mate and called her a “fearless fighter for the little guy, and one of the country’s finest public  servants.”

He also credited her work with his late son,  Beau, and said, as attorney general, she“took on the big banks, lifted up working people, and protected women and kids from abuse.”

“I was proud then, and I’m proud now to have her as my partner in this campaign,” he posted.