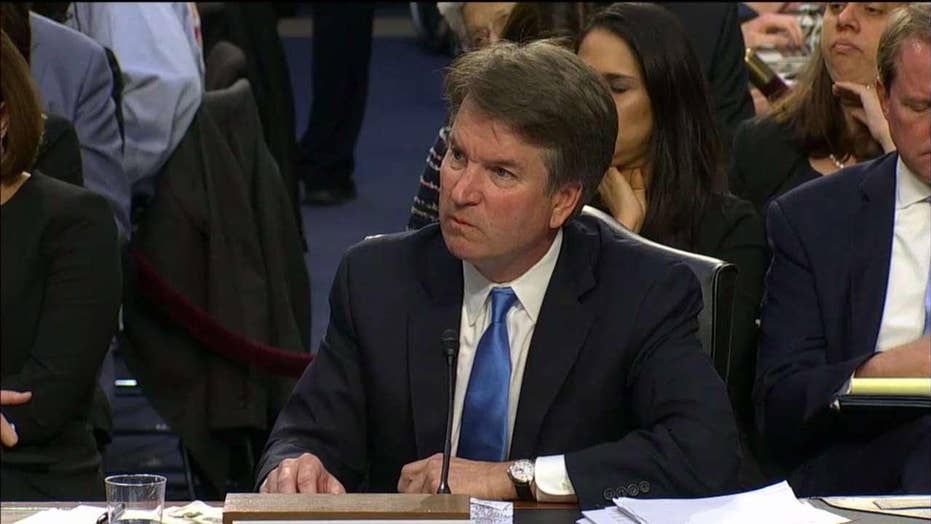 Supreme Court nominee Brett Kavanaugh praises Merrick Garland, comments on how their published opinions on the D.C. Circuit mirror each other.

During Kavanaugh’s confirmation hearing Wednesday, Sen. Ted Cruz, R-Texas, noted that Kavanaugh and Garland have a very similar record on issues they voted on together while on the D.C. Circuit Court. Cruz claimed the two voted together 93 percent of the time; he also said Garland joined about 96 percent of the published opinions authored by Kavanaugh when they were on the same panel.

Senate Republicans infamously declined to consider Garland’s confirmation to the Supreme Court after he was nominated by Obama following the death of Justice Antonin Scalia in 2016. As the vacancy was at the very end of Obama’s term, Senate Majority Leader Mitch McConnell said the decision of a new Supreme Court justice should be left up to the next president – Donald Trump.

The refusal to consider Garland’s confirmation is still a point of contention for Democrats, many of whom have vociferously protested Kavanaugh’s own hearing.

Chief Judge Merrick Garland was President Barack Obama's pick for the Supreme Court, but Senate Republicans refused to consider his confirmation. Sen. Ted Cruz, a Republican, pointed out during Brett Kavanaugh's Supreme Court confirmation hearing that he and Garland have similar records on the federal appeals court in D.C. (Reuters)

Of the similarities between the two judges noted by Cruz, Kavanaugh said, “I think we’re trying hard to find common ground.”

“As I’ve said before, [Garland is] a great judge – a great chief judge – and he’s very careful and very hardworking, and we work well together and try to read the statute as written, read the precedent as written,” Kavanaugh said. “He’s a judge – like I try to be as well – a judge who’s not trying to impose any personal preferences onto the decision but take the law as written, and that’s what I’ve tried to do in those cases and that probably explains some of that.”

“I think it also goes back to – I think judges are distinct from policymakers, and I think that shows up when you dig into the actual details of how courts operate and go about their business,” he continued.

KAVANAUGH CITES 'GINSBURG RULE' IN DECLINING CERTAIN QUESTIONS DURING CONFIRMATION HEARING: WHAT IS IT?

Garland was appointed to the powerful federal appeals court in the District of Columbia by former President Bill Clinton, a Democrat, in 1997; he was elevated to chief judge of the court in 2013.

Kavanaugh was appointed to the court by former President George W. Bush, a Republican, in 2006.

Fireworks erupted at the start of Kavanaugh’s confirmation hearing as Democrats continuously interrupted and spoke over Senate Judiciary Chairman Chuck Grassley, a Republican, to ask for more time to review some 42,000 documents the committee received last-minute.

Democrats have seen thousands of those documents but wanted time to review even more. They also said they’ve been denied access to many more documents they claim is needed to properly vet Kavanaugh.

Additionally, 70 people were arrested on the first day of the hearing as protesters shouted down lawmakers and disrupted the hearing. Police removed more demonstrators Wednesday as well, but it is unclear exactly how many arrests have been made.