WASHINGTON (AP) – For five years, Health and Human Services Secretary Kathleen Sebelius has been a lightning rod for critics of President Barack Obama's health care law. But with sign-ups exceeding expectations and a new face soon to be in charge at HHS, the White House is eager to see if the poisonous atmosphere might give way to more pragmatic efforts aimed at fixing problems with the nation's newest social program.

Obama will announce Sebelius' resignation Friday and nominate his budget director, Sylvia Mathews Burwell, as her replacement. The moves come just over a week after sign-ups closed for the first year of insurance coverage under the so-called Obamacare law.

The opening weeks of the enrollment period were marred by website woes, straining ties between Sebelius and officials in the West Wing. Though the administration rebounded strongly and exceeded expectations by enrolling 7.1 million people by the March 31 deadline, the comeback wasn't enough to tamp down Republican criticism of Sebelius or boost the public's perception of the federal health care overhaul.

Enrollment has since risen to 7.5 million as people were given extra time to complete applications.

Even with the robust enrollment, huge implementation challenges remain. The administration has to improve customer service for millions of Americans trying to navigate the new system. And there's a concern that premiums may rise for 2015, since many younger, healthier people appear to have sat out open enrollment season.

On the political front, congressional Republicans remain implacably opposed to the Affordable Care Act, even as several GOP governors have accepted the law's expansion of safety-net coverage under Medicaid. GOP opposition means Republicans can be expected to continue to deny additional funds for implementation.

Senate Minority Leader Mitch McConnell., R-Ky., welcomed Sebelius' resignation but appeared to indicate an openness to a dialogue with Burwell even as he declared that "Obamacare has to go."

"I hope this is the start of a candid conversation about Obamacare's shortcomings and the need to protect Medicare," McConnell said.

In nominating Burwell, Obama is signaling that he wants to avoid a contentious election-year fight to fill the HHS post. Burwell was unanimously confirmed by the Senate for her budget position and is well-liked by many Republican lawmakers.

A White House official confirmed Sebelius' resignation and Burwell's nomination but requested anonymity because the official wasn't authorized to do so by name ahead of the official announcement.

Obama remained publicly supportive of Sebelius throughout the rough rollout, deflecting Republican calls for her resignation. But she was not by his side last week when he heralded the sign-up surge during an event in the White House Rose Garden.

The official said the 65-year-old Sebelius approached Obama last month about stepping down, telling him that the sign-up deadline was a good opportunity for a transition and suggesting he would be better served by someone who was less of a political target.

A spokeswoman for Sen. Pat Roberts, a Republican from Sebelius' home state of Kansas, called the resignation "a prudent decision" given what she called the total failure of Obamacare implementation.

Sebelius dropped no hints about her resignation Thursday when she testified at a budget hearing. Instead, she received congratulations from Democratic senators on the sign-up surge.

A popular former governor of Kansas, Sebelius has been one of Obama's longest-serving Cabinet officials and his only HHS secretary. She was instrumental in shepherding the health care law through Congress in 2010 and implementing its initial components, including a popular provision that allows young people to stay on their parents' insurance plans until age 26.

But Sebelius' relationship with the White House frayed during the fall rollout of the insurance exchanges that are at the center of the sweeping overhaul. The president and his top advisers appeared caught off guard by the extent of the website problems, with warnings from those working on the technology never making it to the West Wing.

With technical problems crippling online sign-ups after the Oct. 1 launch, the White House sent management expert and longtime Obama adviser Jeffrey Zients to oversee a rescue operation that turned things around by the end of November. After taking the helm of the project, Zients said management issues were partly to blame but did not point the finger at any individuals.

Sebelius took personal responsibility for the chaotic launch of the website and asked the HHS inspector general to conduct an investigation. That report is not expected for months.

"Secretary Sebelius was a leader in the long effort to make history for our country with passage of the Affordable Care Act," the California Democrat said in a statement.

In nominating the 48-year-old Burwell, Obama is tapping a Washington veteran with a low profile and the respect of some Republicans on Capitol Hill. Though she only joined the Obama administration last year, Burwell held several White House and Treasury posts during President Bill Clinton's administration.

Between her stints in the executive branch, Burwell served as president of Wal-Mart's charitable arm and led the global development program at the Bill and Melinda Gates Foundation. 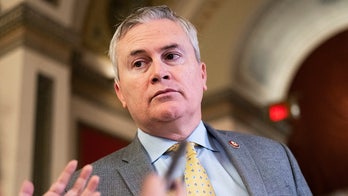 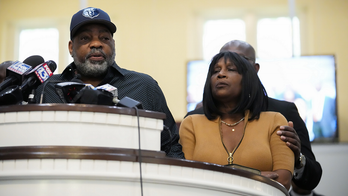