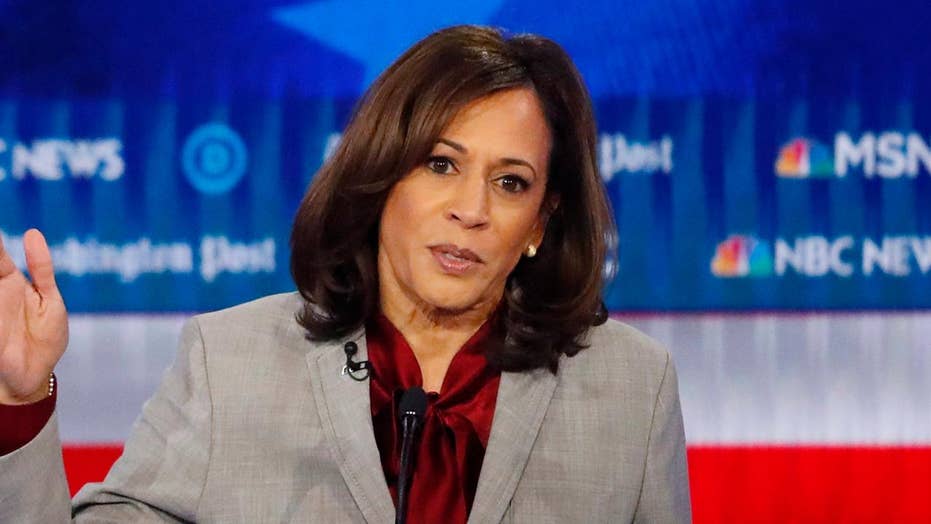 Sen. Kamala Harris, D-Calif., swiped President Trump on Tuesday after he mocked her sudden exit from the 2020 campaign trail.

Trump, who in the past has expressed glee when would-be Democratic opponents exit the 2020 race, had some fun at Harris' expense on Tuesday evening after his former campaign manager, Corey Lewandowski, tweeted about Harris leaving the race.

"Too bad. We will miss you Kamala Harris!" Trump tweeted.

"Don't worry, Mr. President. I'll see you at your trial," Harris told Trump, referring to a potential impeachment trial of the president in the Senate.

Several senators running for president will likely be required to leave the campaign trail to participate as jurors weighing whether Trump should be removed from office.

Harris announced earlier Tuesday that she was suspending her candidacy for the Democratic nomination amid sinking poll numbers and fundraising. 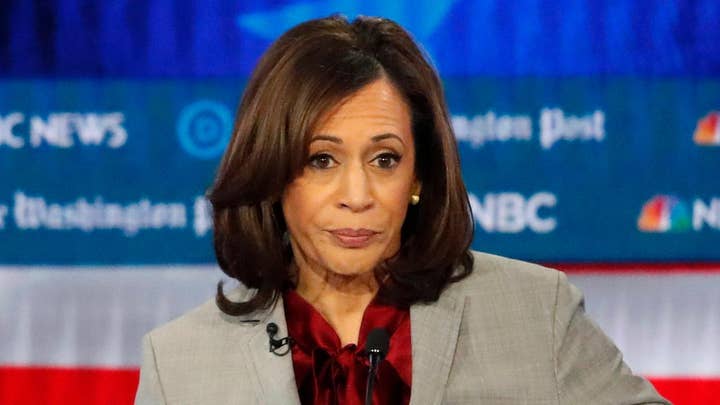 Harris entered the race in January as a top contender and had a breakout moment in the first debate thanks to a memorable clash with former Vice President Joe Biden over his record on school desegregation and busing.

But she struggled to shine through in subsequent debates and has seen her poll numbers plunge in recent months. Last month, Harris dramatically cut her staff in New Hampshire, the state that holds the first primary in the race for the White House, to focus on Iowa.

The Harris campaign was also hemorrhaging money, spending more than what was coming in, amid tough media coverage about the campaign's struggles. She becomes one of the biggest names to drop out of the crowded 2020 primary field following the withdrawal of former Texas Rep. Beto O'Rourke, another Democrat who entered the race to great fanfare but later struggled