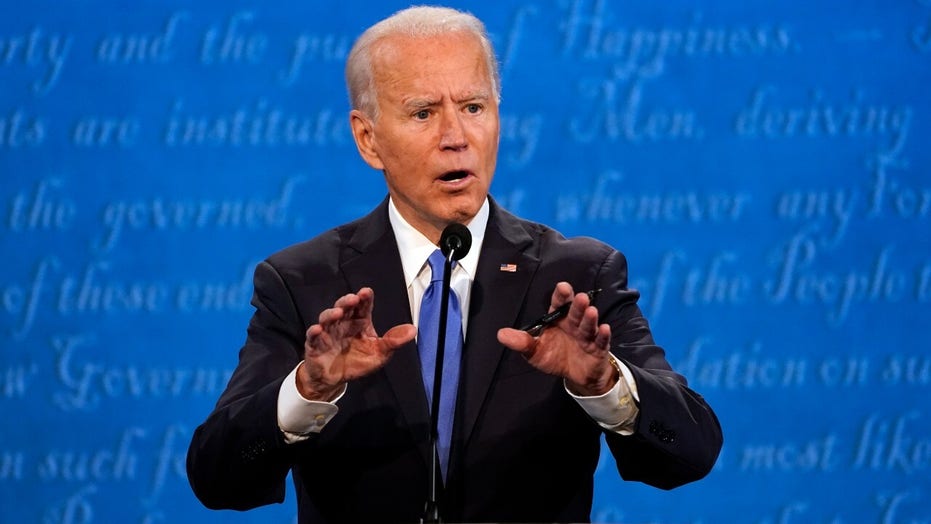 Why Texas could turn blue for Joe Biden

Democratic vice presidential nominee Kamala Harris is set to campaign in Texas this week as the battle between Joe Biden and incumbent President Trump for the Lone Star State tightens.

Harris is the most high-profile Biden surrogate to visit Texas, a once reliably red state, this election cycle, after the former vice president's campaign has spent millions on TV ads in the Dallas-Fort Worth area, Houston, San Antonio and Austin. The state party is also spending heavily on ads aimed at Black and Latino voters as part of a coordinated effort to boost Democrats' chances in Texas.

Her visit comes on the heels of a new poll released by the Dallas Morning News and the University of Texas at Tyler that found Biden with a slight lead over Trump among likely voters in Texas. The poll showed Biden with the support of 48% of likely voters, compared with 48% for Trump -- a shift from the same poll in September, when Trump had a 2 percentage point lead.

Forty percent of respondents said they had already voted in the election. The poll, conducted Oct. 13-20, surveyed 1,012 registered voters and had a margin of error of 3.08 percentage points.

Texas Democrats have called on the Biden campaign to ramp up their presence in the state as polls point to a competitive race between the two candidates.

In an October op-ed published by The Washington Post, former U.S. Rep. Beto O’Rourke, a former presidential candidate who endorsed Biden earlier this year, and Tory Gavito, the president and co-founder of the progressive donor network Way to Win, pressed the Biden campaign to spend heavily in the state.

“Biden, his campaign and Democrats in general need to make it clear: We are competing in Texas, and we’ll invest whatever it takes to turn out the state’s true electoral majority and flip Texas once and for all,” they wrote. “Democrats have historically failed to invest in Texas, despite the size of this prize, because they believed the door is closed to Democratic presidential candidates. But, like many things in 2020, this year is different — Biden has his foot in the door and needs to kick it open for a quick end to the election.”

At the beginning of the month, the Biden campaign dispatched Jill Biden to help boost early voting in the state, with three stops in El Paso, Dallas and Houston.

"For the first time in a long time, winning Texas is possible," she said during the stop in El Paso. "Not just for Joe, but for the Senate and the state House as well. And if we win here, we are unstoppable."

Before that, Harris' husband, Doug Emhoff, spent two days in the state, traveling to San Antonio and Dallas.

Still, according to an aggregate of polls from RealClearPolitics, Trump is leading Biden by 4.4 percentage points in Texas.

Texas has not voted to elect a Democratic president since 1976, when Jimmy Carter beat incumbent President Gerald Ford by more than 3 percentage points in the aftermath of the Watergate scandal. Trump won Texas, and its 38 electoral votes, by 9 points in 2016.

The nonpartisan Cook Political Report categorizes Texas as “lean Republican” in terms of the presidential election.