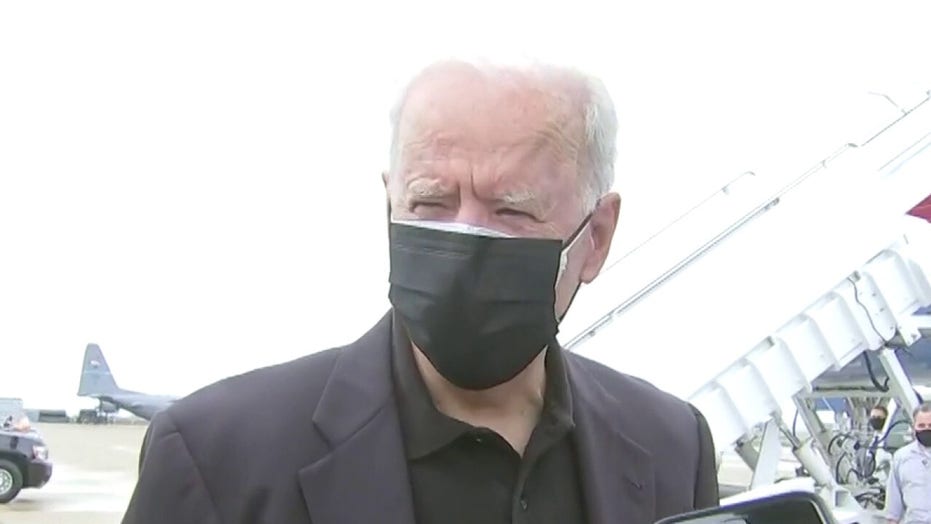 Biden placed Harris in charge of addressing the root causes behind illegal immigration from Central America in a diplomatic role as pressure continues to mount and a historic number of migrants try to cross the border illegally.

After her tapping, Harris — who compared Immigration and Customs Enforcement (ICE) to the Ku Klux Klan in 2018 — said that she would be working with "civil societies" and governments from Central American countries to address the reasons why people are illegally migrating to the U.S.

"We can't just be in a reactive mode," she said. However, the vice president has not held a formal press briefing about how she plans to combat the growing crisis.

Last week, a senior aide to Harris told reporters that the vice president "is not doing the border" and that she would not be tackling policy for the southern border, instead focusing on the root causes for illegal immigration from Central America.

"The Vice President is not doing the border," the senior adviser said. "The President asked the vice president to take on the diplomatic efforts with Mexico and… the Northern Triangle to address the root causes of migration."

Biden previously faced criticism after waiting until his 64th day in office to hold a formal press briefing.

Prior to Biden tapping her to handle the border crisis in a diplomatic role, Harris came under fire for laughing in response to a reporter’s question on whether she’d be traveling to the southern border.

Harris replied with a "Not today!" before laughing, sparking backlash from Republicans online.

Images shared by Rep. Henry Cuellar, D-Texas, showed the harrowing conditions of migrants — including children — being held in a migrant detention facility in Donna, Texas.