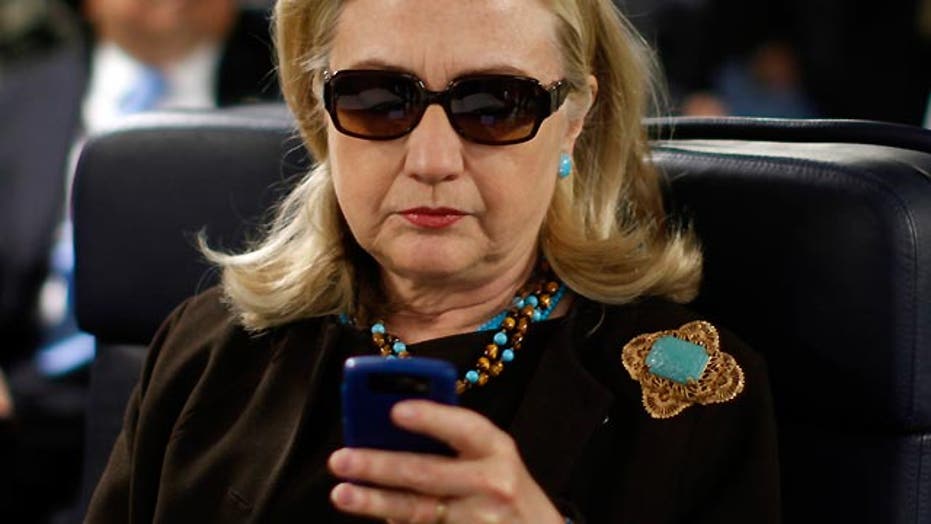 State Dept. says Clinton did not use gov't-issued BlackBerry

WASHINGTON – A federal judge, appointed to the bench by former President Bill Clinton, ordered the State Department on Thursday to work with the FBI to determine if any of Hillary Clinton’s emails on her server during her tenure as secretary of state could be recovered.

“We wouldn’t be here today if this employee had followed government policy,” U.S. District Judge Emmet Sullivan said, in an apparent reference to Clinton.

The hearing, which lasted nearly 90 minutes, was part of another case brought by Judicial Watch seeking records on Clinton's emails and her aide Huma Abedin’s outside employment while she worked at the State Department.

Clinton, a 2016 Democratic candidate for president, has long maintained her practice of using a private email server fell within government regulations. She has handed over 30,000 emails to her former employer but did not turn over 31,000 other emails she said were personal.

Sullivan pressed DOJ lawyers on whether the State Department had done enough to comply with the public records laws by combing through the emails Clinton had provided but not the others she said were personal.

Judicial Watch, a conservative watchdog group, has repeatedly alleged that the State Department failed to comply with Freedom of Information requests and has purposely slow walked searches and withheld information.

Sullivan said he wanted the State Department to ask Clinton if any third parties had access to copies of the emails.

The judge also said he would not micro-manage the dialogue between the State Department and the FBI but would leave it up to them to work out the details.

“We’ll see what that investigation brings,” Sullivan said. The State Department has 30 days to comply with Sullivan’s order.

The next hearing has been scheduled for Oct. 1.