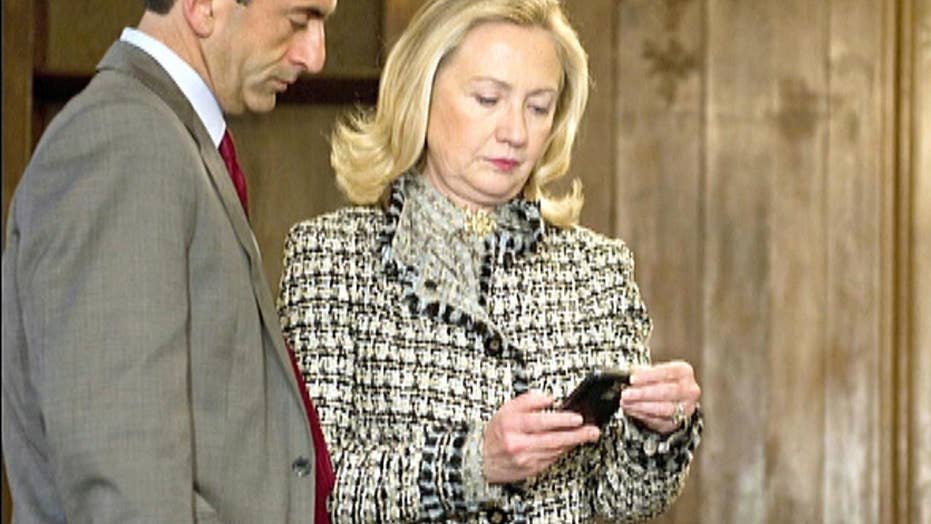 A federal judge Friday ordered Hillary Clinton to answer questions from a conservative watchdog group about her use of a private email server when she served as secretary of state.

U.S. District Court Judge Emmet G. Sullivan issued the order as part of a lawsuit filed by Judicial Watch. The group had sought to question Clinton under oath and in person, but the judge ruled she would only have to answer questions in writing.

FBI Director James Comey announced last month that  the agency would not seek criminal charges against Clinton after an investigation into her email use, although he concluded she been "extremely careless" in her handling of sensitive material.

Judicial Watch's Director of Investigations Chris Farrell said that while they would have preferred to have Clinton answer questions in person, the decision represented a victory for the organization.

“Judicial Watch will get Clinton under oath regarding the set-up of her outlaw server – something no other person, organization or agency has been ableto do, to date," he said.

“We believe it is a victory for law and order to get Hillary Clinton under oath answering questions about the server setup and why she did it,” he said.

Clinton campaign spokesman Brian Fallon said the campaign was glad that the judge had allowed Clinton to answer questions in writing.

"Judicial Watch is a right-wing organization that has been attacking the Clintons since the 1990s," Fallon said. "This is just another lawsuit intended to try to hurt Hillary Clinton's campaign, and so we are glad that the judge has accepted our offer to answer these questions in writing rather than grant Judicial Watch's request."

Judicial Watch is among several groups that have sued the government over access to records about Clinton's service as secretary of state.