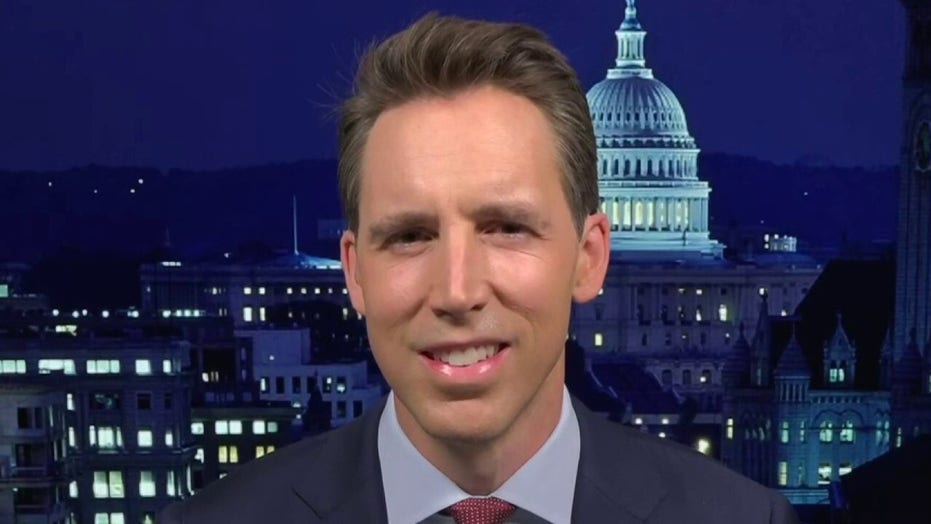 Vocal conservative Sen. Josh Hawley, R-Mo., over the weekend escalated his pressure on Republicans planning for a potential Supreme Court vacancy by declaring that he would not vote for any nominee who has not made clear they believe Roe v. Wade, the precedent that abortion is a constitutional right based on a right to privacy, was wrongly decided.

Hawley made the comments in an interview with the Washington Post that was published over the weekend. He previously said, according to Politico, that he was "not wild about" President Trump putting out another list of potential Supreme Court nominees in the model of his previous ones after a series of disappointing high court rulings for conservatives. One of those rulings, on Title VII of the Civil Rights Act of 1964, was authored by Trump appointee Justice Neil Gorsuch.

"This last term at the Supreme Court has shown the Court is still stocked with judicial imperialists," a Hawley spokesperson told Fox News about why he is taking this stance now. "For years now, well before this President, the establishment promised religious conservatives a Supreme Court that would uphold the Constitution and protect their rights, and they’ve failed to deliver. It’s time to get serious about scrutinizing people’s records."

Hawley's comment about nominees being "on the record and before they were nominated" would, essentially, ensure they are not just taking their position after being chosen. Nominees also almost always play coy with their feelings on specific issues in Senate committee hearings, in case that issue comes before them while on the bench.

But judges commonly will comment on cases and issues in opinions, dissenting or otherwise, that they write as part of their jobs as federal judges, or in speeches or law review articles before they assume a judgeship.

"I don’t want private assurances from candidates. I don’t want to hear about their personal views, one way or another," he said, according to The Post. "I’m not looking for forecasts about how they may vote in the future or [predictions.] I don’t want any of that. I want to see on the record, as part of their record, that they have acknowledged in some forum that Roe v. Wade, as a legal matter, is wrongly decided."

Hawley said that he doesn't "care who nominates" a judge -- Trump or otherwise -- he will not vote for a judge who has not said Roe is wrongly decided.

U.S. Supreme Court Justice Neil Gorsuch participates in taking a new "family" photo with his fellow justices at the Supreme Court building in Washington, D.C. Gorsuch has earned criticism from the right for his decision on a case involving Title VII of the Civil Rights Act of 1964, which incorporated gay and transgender individuals into the law's protections against employment discrimination "because of sex."

Hawley's comments express genuine disillusionment that many conservatives feel -- that they've been burned multiple times by Supreme Court justices who are billed as conservatives when they are nominated and confirmed but then drift to the left as time goes on. Former Justice Anthony Kennedy, previously a common swing vote, was the embodiment of this concern. Now, much of conservatives' ire is directed at the Bush-appointed Supreme Court Chief Justice John Roberts, and a suspicious eye is being cast toward Gorsuch.

But Hawley's comments also risk creating a fracture in the Republican Party, and some GOP court watchers came out against his standard on Monday.

Judicial Crisis Network President Carrie Severino, a former clerk for Justice Clarence Thomas and one of the people involved in putting together Trump's new Supreme Court list, slated to be released before the end of the summer, spoke out on Twitter.

"I understand Senator Hawley’s frustration, but his test would have excluded Justice Thomas and Justice Alito while allowing Justice Souter and Justice Kennedy," she said.

With precedent and other factors, it's often been difficult to predict how justices will vote on abortion cases. Kennedy, one of the authors of the Planned Parenthood v. Casey ruling that in the early 1990s reaffirmed Roe, has been the subject of derision from conservatives over that case for years.

But according to a Los Angeles Times story from the time, he had previously called Roe the "Dred Scott of our time." The Supreme Court in Dred Scott v. Sandford said that Black people could not be American citizens, a ruling that contributed to the beginning of the Civil War.

Newsweek opinion editor and legal commentator Josh Hammer, however, argued that Severino was incorrect in saying that Thomas and Justice Samuel Alito had not condemned Roe before their appointments.

Hammer referenced a Southern California Law Review article which cited a working group Thomas was a part of saying Roe was among "'fatally flawed' rulings that should be 'corrected.'" On Alito, he cited a 2005 NPR story that dug up a memo Alito wrote while working in the Justice Department in 1985, saying that the Reagan administration "should make clear that we disagree with Roe v. Wade."

But Mike Davis, the founder of the Article III Project, an organization that says it takes a "brass knuckles" approach to supporting Trump judicial nominees, warned of the danger of conservatives wading into "judicial-activism." 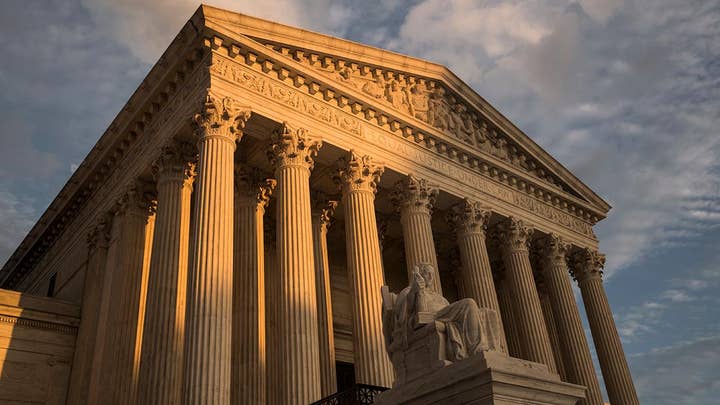 "Parties before the court must get a fair shake — and not have their case decision precooked in a smoke-filled room in the Senate. If conservatives legitimize the judicial-activism game, we will lose that game much more often than not — as many of these liberal results are oftentimes politically popular," Davis said. "It’s certainly fair game for senators to question judicial nominees about their past decisions, speeches, and writings. And it’s also fair game for senators to ask judicial nominees how they’ll go about deciding future cases — so long as they don’t commit to the ultimate outcome of a case."

Davis also pointed out that pro-choice swing-vote Sens. Susan Collins, R-Maine, and Lisa Murkowski, R-Alaska, would almost certainly not vote to confirm a nominee that has openly condemned Roe.

But a spokesperson for Hawley said the senator is more concerned with ensuring the "conservative movement" accomplishes its goals.

"We’ve all heard that argument for years," the spokesperson said. "It’s an excuse to nominate judges who don’t have guts and who are secret judicial imperialists. If we cannot nominate someone to the Supreme Court who will acknowledge Roe v. Wade was wrongly decided as a matter of constitutional law, then the conservative movement has not accomplished much."

Additionally, Democrats have not been shy about applying litmus tests to judges -- according to a New York Times survey of Democratic presidential candidates, nearly every candidate in the 2020 primary, including presumptive nominee Joe Biden, said they would "[r]equire judicial nominees to support Roe as settled law."

Those close to the Trump Supreme Court list had previously criticized Hawley over his comments calling into question the Trump vetting process, which brought about Gorsuch -- a judge Hawley praised in a CNN op-ed at the time of his appointment -- and Justice Brett Kavanaugh.

"Do you want the secretive process that brought us David Souter and John Roberts, or do you want the process President Trump has employed, a transparent accountable list that conservatives of all stripes can look at, comment on, and assess?" one person involved in the vetting process, who was granted anonymity to speak candidly about its inner workings, said.

Severino said that "anyone who doubts the transformation should consider the majorities of previous decades and ask themselves how many cases originalists were winning back then."

There are no currently vacant seats on the Supreme Court, and despite rumors that Alito or Thomas may retire, a person close to the court told Fox News this month that "I would not bet a lot of money on either of those possibilities."

Justice Ruth Bader Ginsburg is also in ill health, and has been undergoing chemotherapy for a "recurrence of cancer," she said in a statement this month. But the justice, who has beaten cancer on several other occasions, said that her current treatment is proving effective and said that she is still able to "do the job full steam," quashing any rumors of her possible retirement for health reasons.