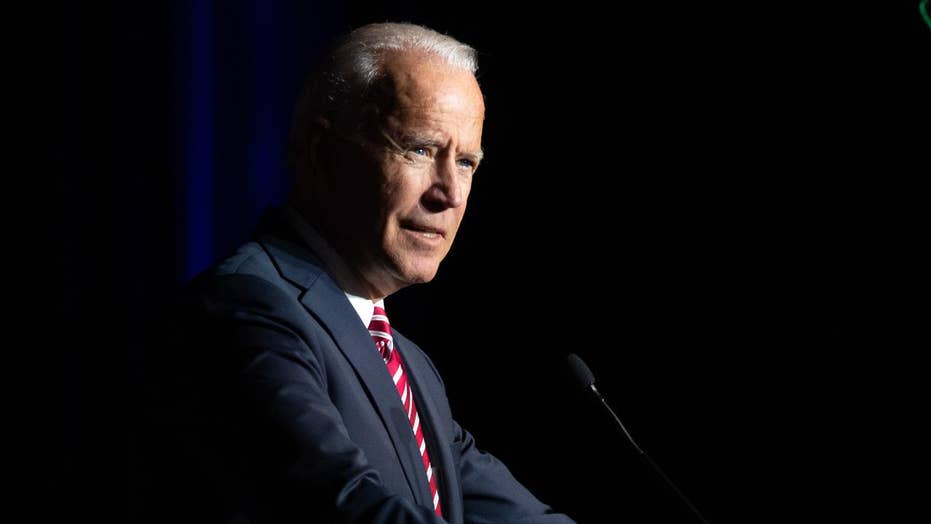 Joe Biden: What you may not know

Facts about former Vice President Joe Biden you may not have known.

"The core values of this nation, our standing in the world, our very democracy, everything that has made America — America — is at stake. That’s why today I’m announcing my candidacy for president of the United States," Biden announced in a tweet early Thursday.

Biden, 76, is the latest Democrat to enter the crowded race for the White House against President Trump. A former senator from Delaware, Biden has emerged as a frontrunner for the Democratic nomination — topping the polls alongside self-proclaimed Democratic socialist Sen. Bernie Sanders of Vermont.

Here are three things to know about the former vice president as his campaign journey begins.

He first bid for the presidency came over three decades ago

Biden’s announcement on Thursday marks the beginning of his third campaign for the White House.

As a 45-year-old senator from Delaware, Biden launched his first campaign in 1987 at the Wilmington train station. The first campaign didn’t last long, ending after it became public that he had plagiarized a speech from a British politician, according to the Delaware News Journal.

His second bid began in 2007, but he dropped out in 2008 after failing to gain enough support. Biden ultimately went on to serve as vice president for two terms under Barack Obama.

In 2016, there was much speculation that Biden would again announce a bid for president, but he decided against running for personal reasons. His son, Beau, had died in 2015 after battling brain cancer.

His choice of transportation is the Amtrak train

Aptly nicknamed “Amtrak Joe,” Biden had long been a fixture on the rail line between his home in Delaware and his office in Washington D.C.

Biden began taking the train home every night to care for his two sons after his wife and daughter died in a car accident in 1972, according to the Washington Post.

He carried on the Amtrak tradition throughout his decades-long Senate career. Biden’s affinity for the train gained national attention when he became Obama’s running mate in 2008.

He was awarded the Presidential Medal of Freedom

In January 2017, outgoing President Obama surprised Biden with the President Medal of Freedom in an emotional ceremony.

"To know Joe Biden is to know love without pretense, service without self-regard, and to live life fully," Obama said.