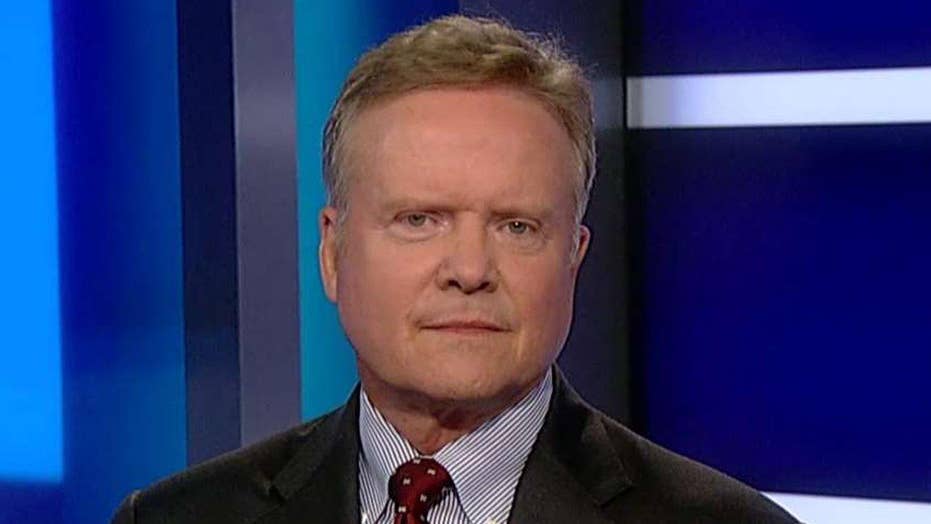 "When you have diversity programs that exclude people simply because they are white -- and white cultures are very stratified," Webb told Fox News' "Tucker Carlson Tonight." "When you have a racial makeup for your statistics, people tend to forget the people at the bottom in terms of income and education have been frozen out of a lot of stuff in this country."

Webb, a former Secretary of the Navy under Ronald Reagan, was briefly a candidate for the Democratic presidential nomination, but dropped out of the race in October 2015. He also considered making an independent presidential bid, but later dropped that idea.

"The ethnic and racial makeup of the country has dramatically changed, but the laws with respect to affirmative action and diversity have not," Webb said. "Clay County, Kentucky, the poorest county in America, is 94 percent white. And if you were in that county, where there’s a 40 percent poverty rate, wouldn’t you think this is reverse discrimination?"

Webb said that the Democratic Party's shift to "interest group politics" had cost it support among white, low-income voters who turned out for Republican Donald Trump in last week's presidential election. In many cases, he said, white working-class voters had become "whipping posts" for liberal activists.

He described a Democratic Party event where officials discussed how to be more appealing to "the white working vote."

"What I said to them is, ‘This isn’t that complicated. They don’t align themselves with the Democratic Party because they don’t think Democrats like them,’" Webb said.  "And I think what we’re seeing right now, finally, is the ability to discuss this issue in an age of political correctness where you can’t even say the words ‘white working people’ without having someone blanch."