Some Democratic strategists believe Caitlyn Jenner's candidacy for governor in the upcoming recall election could prove a win for sitting Gov. Gavin Newsom.

Newsom’s recall effort has been compared to the state’s previous recall election, which saw the ousting of Gray Davis after Arnold Schwarzenegger won in 2003.

But some political strategists believe Republicans do not have the same shot this time around.

"People hated Gray Davis at the time, mostly because of the energy crisis and the rolling blackouts," San Francisco Democratic consultant Katie Merrill told Vanity Fair. "Newsom, despite the pandemic and all the challenges, remains very popular."

A poll released in late March found that 56 percent of Californians said they would not vote to recall the governor.

Merrill suggested the tone in California is completely separate from the Davis recall election.

"It is a Republican recall now, with national Republican money," a Democratic strategist told Vanity Fair. "Another way of reading this is that it’s the deplorables versus the elites, people who have just kind of had enough. I don’t think Newsom is evil; I just think he’s uninterested in the problems of the little people. And the people are revolting, folks."

Republicans in California launched the latest recall effort following months of strict coronavirus regulations, which still failed to prevent some of the highest caseloads in the nation by the end of 2020.

President Biden beat Donald Trump during the presidential election in California by more than 29 percentage points.

More than 46 percent of registered voters in California are Democratic, nearly double the number of registered Republican voters.

Not only do Democrats outnumber GOP voters nearly two to one, but the number of registered Republicans in California has dropped from just over 27 percent in 2016 to 24 percent in 2020, according to the Public Policy Institute of California (PPIC).

Another PPIC survey released last week found that 56 percent said they approved of how he handled reopening schools.

These strategists believe Newsom remains in good shape to beat the recall election as long as he doesn’t run up against another Democratic candidate. 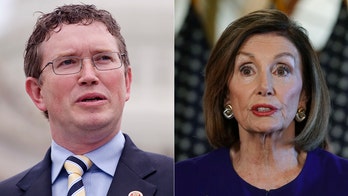 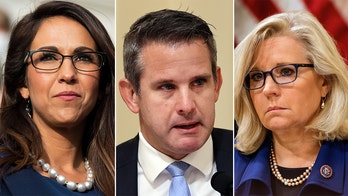