Top security officials and American corporate leaders will unveil $122 million in new programs and partnerships for the administration’s Women’s Global Development and Prosperity Initiative Tuesday afternoon, according to a White House official.

With the initiative, the United States is trying to “advance women’s economic empowerment, with a goal of reaching 50 million women by 2025” through U.S. government programs and partnerships with businesses, according to the State Department. Walmart CEO Doug McMillon, Microsoft president Brad Smith and Mastercard CEO Ajay Banga are also expected to participate, according to the White House official.

“When so much in our lives has had to stop, now is exactly the time to go full speed ahead on this effort because supporting women, supporting their business and making them economically resilient pays off for everyone,” Banga said in a statement.

The announcement will focus on eliminating “legal and regulatory barriers, employer practices, and social and cultural norms that preclude women’s economic empowerment in certain countries,” according to the State Department. 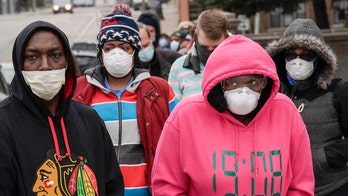