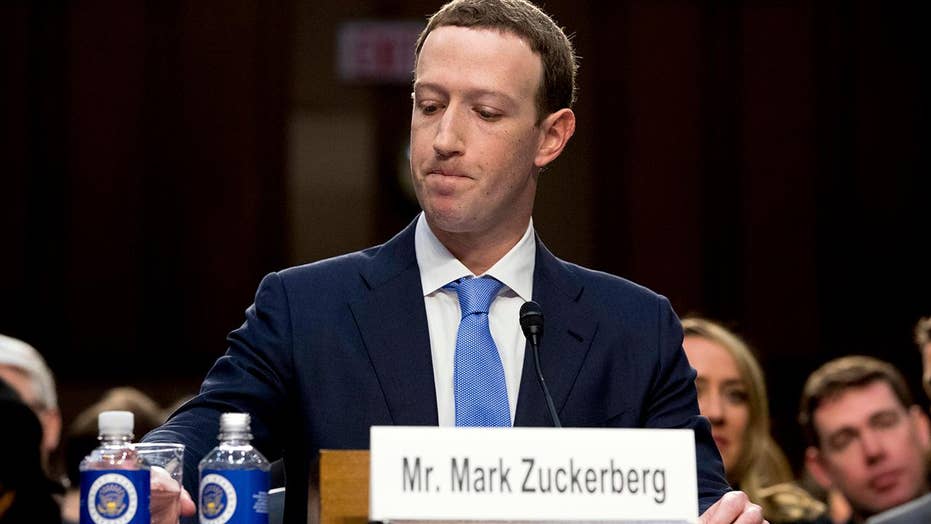 “What the hell am I doing here? I don't belong here.” – Creep by Radiohead, covered by the Belgian women’s choir Scala and Kolacny Brothers for “The Social Network.”

Here’s what popped up in my Facebook news feed as senators grilled Facebook and CEO Mark Zuckerberg for nearly five hours at a hearing Tuesday:

An article about the resignation of White House Homeland Security Adviser Tom Bossert. A TV report about a new form of back surgery. An item about an acquaintance scoring a job in the drone industry. A posting from a friend about breakfast at Taco Bell. An ad for Halo Top Creamery. An article titled “The Great Lesson of California is America’s New Civil War.” A posting about a town in Ohio which is transferred into a “Harry Potter Wonderland.” A friend’s exclamation about having filed her taxes. An article from the Military Times about the uptick in aviation accidents in the armed services. An article about a TV network playing old episodes of “Newhart” and “The Mary Tyler Moore Show.” A back-and-forth about who should back up Andy Dalton as the Cincinnati Bengals quarterback. An article about harvesting oysters. A video about someone who has a donkey for a pet. A post from a friend who took his daughter to a hockey practice. An item from the NRA about how Obama Administration policies may have led to the school shooting in Parkland, Florida. A birthday alert for a former colleague with whom I worked in 1992. An ad for a Vietnamese restaurant. An ad for the Port Charlotte Hotel in Scotland. Pictures of friends skiing in Morzine, France.

That’s in my feed. But who else is able to access information about the Bengals and Newhart and Taco Bell?

It all comes down to Facebook’s impregnable “Terms of Service,” which everyone seemingly agrees to.

“Did you see those terms and conditions?” asked Sen. Lindsey Graham, R-S.C. “I’m a lawyer. I couldn’t even understand the first paragraph.”

“Here’s what everybody’s been trying to tell you today. And I say this gently. Your user agreement sucks,” said Kennedy. “The purpose of that user agreement is to cover Facebook’s rear-end. It’s not to inform Facebook’s users about their rights.”

Kennedy proceeded to tell Zuckerberg that his “$1,200 an hour” lawyers should re-tool the Terms of Service agreement “in English and non-Swahili.”

Facebook's Mark Zuckerberg responds to questions from Texas Senator Ted Cruz about whether Facebook is a neutral public forum or a biased tool for political advocacy and whether or not the CEO requires new employees to share political views.

Zuckerberg visited Capitol Hill Monday to pay courtesy calls ahead of the hearing with Senate Commerce Committee Chairman John Thune, R-S.D., Judiciary Committee Chairman Chuck Grassley, R-Iowa, and the top Democrats on those respective panels, Sens. Bill Nelson, D-Fla., and Dianne Feinstein, D-Calif. Reporters dogged Zuckerberg through the Senate corridors as he made his round-robin stops. Scribes shouted questions about how the privacy breach spun out of control and whether Zuckerberg was fit to lead the firm. But Zuckerberg didn’t reply to any hallway interrogatives.

At the first meeting, Nelson kicked his aides and Zuckerberg’s entourage out of the room, to conduct what the Florida Democrat described as a “heart to heart conversation.”

“I tried to point out to him that our adversaries can’t beat us militarily,” said Nelson. “But they can beat us on cyber.”

At the hearing, Zuckerberg picked up on Nelson’s martial cue. He spoke of the social media landscape as a virtual battlefield with Russians trying to influence Americans.

How Facebook achieves that is unclear amid the cat videos. 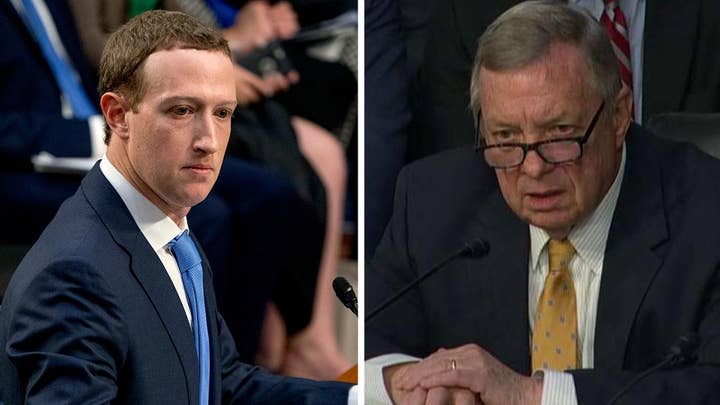 Sen. Patrick Leahy, D-Vt., peppered Zuckerberg with questions about posts to the site which may have contributed to a genocide involving the Rohingya in Myanmar.

But the bigger question is what happens to the data and how it’s protected.

“Would you be comfortable sharing with us the name of the hotel you stayed in last night?” asked Senate Minority Whip Dick Durbin, D-Ill., of Zuckerberg.

The inquiry caught Zuckerberg off guard.

“I think this maybe is what this is all about,” said Durbin.

Who knows what about who. Reviews of the Taco Bell breakfast menu. An article about military accidents. The plights of the Cincinnati Bengals. Are you interested in those subjects? Or, better yet, if you click on those items, does someone else know you’re into those things? Can it help them compile a profile of you – steeped in your likes, dislikes, subjects in which you’re interested and opinions on various topics?

A solution to those questions seems to elude everyone. What happens if Facebook or anyone else funnels all of your information into a gigantic repository?

“My biggest problem is that Facebook doesn’t have the answers,” said Kennedy.

“I think people would be shocked how much of their personal identifying information is available,” said Sen. Chris Coons, D-Del.

But Americans began coughing up their information with little regard to privacy a long time ago. Greenlight “location services” on your iPhone and you’re now pinging a digital signal off cell towers, pinpointing your locus. GPS is standard equipment in cars, documenting where you’ve been, and, sometimes predicting where you’re going. Alexa resides in our homes, eager to take commands, archiving music playlists and tracking our “moods.”

“None of us are going to have any privacy anymore,” predicted Nelson after Monday’s huddle with Zuckerberg.

Congress approved the PATRIOT Act not long after 9/11. Privacy advocates worried that the government would now chronicle what books we checked out of the library.

We were worried they might find out what books we checked out from a library….

On Tuesday morning, demonstrators arrayed a battalion of cardboard cut-outs of Zuckerberg across the Capitol lawn. Each Zuckerberg model wore a t-shirt reading “Fix Facebook.” Most people probably would have clicked the “Like” button on a picture like this.

So this week, the Senate called the helpdesk to fix this global IT problem. Zuckerberg showed up. But Americans long ago ceded privacy with toys like Facebook. Zuckerberg probably can’t do much about it if the public doesn’t want him to. People aren’t “leaving the group.”