As our nation’s first Latina governor, New Mexico’s Susana Martinez seems to understand the unique responsibility the title holds. At a recent gathering of the Hispanic Leadership Network’s southwest conference, Gov. Martinez revealed the tremendous amount of pressure she’s under to perform and excel as the chief executive of one of our country’s poorest states -- to live up the expectations of countless young Latinas who are in awe to see someone that looks like them in the governor’s mansion.

Of course, Gov. Martinez has certainly attracted her fair share of critics, charging at her every turn as she seeks to tackle issues that Americans outside of New Mexico can certainly relate to, including unemployment, education reform, health care and immigration. And yet, it’s clear that she’s more concerned with delivering results than being the most popular politician in New Mexico.

At a time when our country desperately needs its elected officials to worry less about their popularity and more about doing the right thing for the people they serve, she’s a welcome breath of fresh air.

Her efforts to improve public schools in New Mexico is a good example on how she is taking a principled stand, despite facing fierce opposition from powerful interest groups, to ensure that New Mexican students receive a quality education. Rather than being simply content to throw more money at public schools, to just appear to care about education, Gov. Martinez is empowering parents to hold more schools accountable for the quality of their children’s school even if it means upsetting some powerful people. For example, Martinez has ended “social promotion,” which means that children will not move up school grades until they demonstrate satisfactory competency.

With a rising national Hispanic high-school drop out rate, our elected officials must be willing to act with urgency to close the achievement gap between Hispanics and non-Hispanic students. They need to ensure that our children have every opportunity to compete in an increasingly competitive workforce.

Unfortunately, this current administration is content with tinkering around the edges, careful not to perturb the powerful special interest groups. In fact, President Obama’s latest overtures to address education reform continue to empower bureaucrats, rather than parents. This is no way to create a system that fosters greater competition and choice.

Gov. Martinez and other education reformers may not win popularity contests, but their determination to put the interests of children over teacher unions’ demands is exactly what’s needed to shake up the status quo. Fortunately for New Mexicans, Gov. Martinez seems more content with accomplishments than accolades.

Humility is an admirable virtue – especially for an elected official. And with today’s challenges, particularly those affecting our Hispanic community, it’s in short supply.

Israel Ortega is the Editor of Heritage Libertad, www.libertad.org, the Spanish language website of The Heritage Foundation, a think tank in Washington, D.C. www.heritage.org 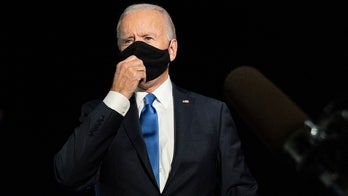