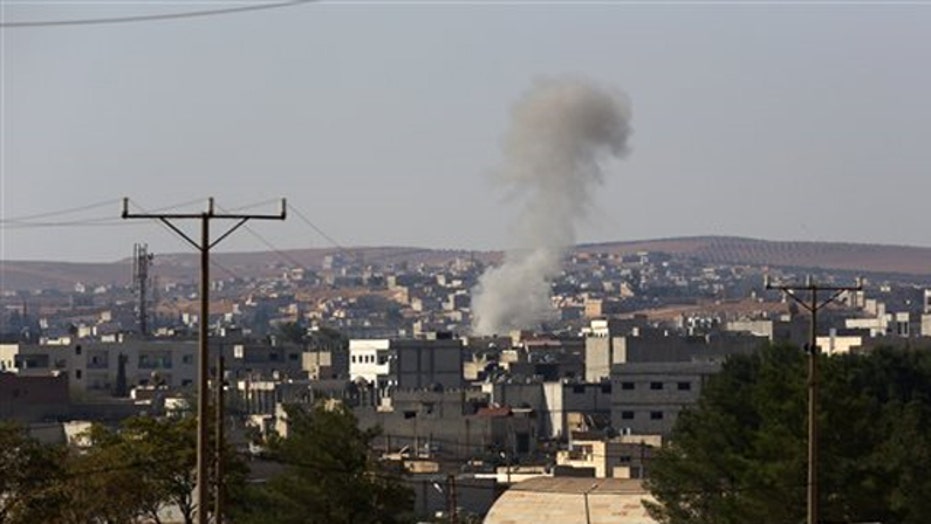 Syrian city of Kobani at risk of falling to ISIS

Members of the Islamic State militant group have begun traveling by night and in small groups in an effort to avoid detection by U.S. and Arab forces carrying out airstrikes in Syria and Iraq, according to a published report.

Residents of the area tell the Wall Street Journal that the group, commonly known as ISIS, has also relocated weapons and hostages and moved out of bases, buildings, and camps they had occupied prior to the strikes. That has prompted charges from some activists that the airstrikes are having little effect on ISIS almost two weeks into the aerial campaign.

"The strikes are useless so far," activist Mohammad Hassan told the Journal. "Most of the training camps and the bases were empty when the coalition hit them."

The U.S. and its Arab partners have disputed that assessment, saying that the bombardments have forced ISIS to change the way that they operate in an effort to hide their movements. U.S. officials tell the Journal that early efforts at camouflage by ISIS have been largely unsuccessful, though the militants are expected to grew more adept at covering their tracks.

According to Centcom, U.S. forces have carried out more than 250 airstrikes against ISIS in Iraq and more than 80 airstrikes in Syria since operations began in those countries Aug. 8 and Sept. 23, respectively.

Activists and rebels in Syria tell the Journal that ISIS began moving weaponry and members of its leadership away from its bases, including the key city of Raqqa, after President Obama announced that he had approved aerial attacks in Syria in a speech Sept. 10. As a result, the city was emptied of ISIS' top commanders by the time the airstrikes began.

Further complicating matters is the fact that there are few signs that ISIS is losing either territory or capability. The group has managed to hold on to its gains in Iraq and has surrounded the town of Kobani on the border between Syria and Turkey.

The Journal reports that Syrian rebels will likely ask for close-air support for rebels battling ISIS when representatives meet this week with retired Marine Gen. John Allen, the White House's special envoy. The paper says the U.S. is unlikely to agree to that request.