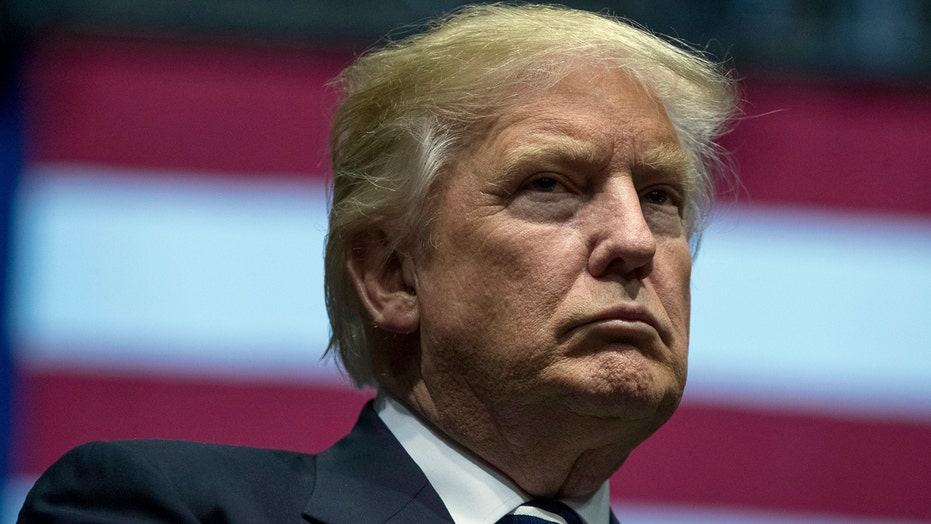 President-elect Donald Trump infuriated the Chinese by breaking with years of protocol in accepting a call from Taiwanese President Tsai Ing-wen. Now, members of the Iranian opposition are seeking a similar phone call – even a sit-down – with the incoming president, hoping he keeps to his campaign vows to renegotiate the Iran nuclear deal and get tough with Tehran.

Fox News has exclusively obtained a letter being presented soon to Trump from a group of influential Iranian dissidents, asking him to follow through on reconsidering the deal, even as President Obama has cautioned against ripping it up.

"During the presidential campaign, we and millions of Iranians followed your forthright objection to the nuclear agreement reached between the Obama administration and the Islamic Republic of Iran,” the letter reads. “We sincerely hope that with your election, the new administration and the United States Congress will have the opportunity for the first time to review the regional and international outcomes of that disastrous agreement without any reservations, as was promised to the voters."

"We hope under your leadership the United States helps the Iranian people to take back their country from the Islamist gang which has been in charge for the last four decades," they wrote.

Although not party to the letter, The National Council of Resistance of Iran (NCRI) is widely seen as the most organized opposition group – and also is welcoming engagement with Trump.

"Obviously, the president-elect is preoccupied with forming his Cabinet and laying out a roadmap to meet the challenges his administration will be facing once he is sworn in. But the expectation is that the new administration would pursue a decisive policy vis-à-vis the Iranian regime and impose sanctions, as they relate to Tehran's gross violations of human rights of its citizens as well as its involvement in terrorism, including its role in the bloodbath we have been witness to in Aleppo in recent weeks. Any engagement should be with the Iranian people and not their oppressors," said Ali Safavi, a member of the Foreign Affairs Committee of the NCRI.

While the Iranian government calls the group terrorists, the NCRI’s network of supporters in Iran helped the U.S. with intel during the Iraq invasion, and the group also helped expose Iran's nuclear weapons program.

Over the past several years, the pro-Iran nuclear deal lobby led by the National Iranian American Council (NIAC) had the Obama administration’s ear. Now, some are now hoping Trump will reach out to the myriad Iran opposition groups, ranging from the Monarchists to the Liberals.

The NCRI has supporters among some in Trump's circle, according to a source close to the Trump campaign and team.

Speaking on the condition of anonymity, the source told Fox News that senior Trump advisers such as Newt Gingrich, Rudy Giuliani and former ambassador John Bolton have "very close ties to the strongest component of the Iranian opposition, the NCRI."

"These advisers, though, will be pushing a cooperation with the Iranian opposition to force Iran to cooperate," he said.

It’s unclear whether Trump has any plans to take a meeting with Iran dissidents and groups. The transition team has not responded to a request from Fox News for comment on whether any meetings had been held or scheduled.

The regime likely would be outraged by any such discussions, according to Saeed Ghasseminejad of the Foundation for Defense and Democracies in Washington D.C.

"In the short term [the mullahs] will show some anger and will test the new administration, but in the medium term, they understand the Trump administration is serious and will have to adjust their behavior knowing that [Trump] means business,” Ghasseminejad said. “Meeting with a diverse group of representatives of major opposition parties sends a strong message to the regime and Iranian people that the new administration supports democracy and human rights for Iran."

Lisa Daftari, an Iran and foreign affairs analyst and editor-in-chief of The Foreign Desk, believes it would be a positive move for Trump to meet opposition members from other groups so he can "get an accurate read on the people of Iran."

"In cutting a deal with Iran, President Obama went straight to the mullahs, leaving out the Iranian people,” she said. “It would be a strategically strong move for President-elect Trump to include the Iranian people -- a force of almost 80 million that continues to be the Achilles’ heel of its government."