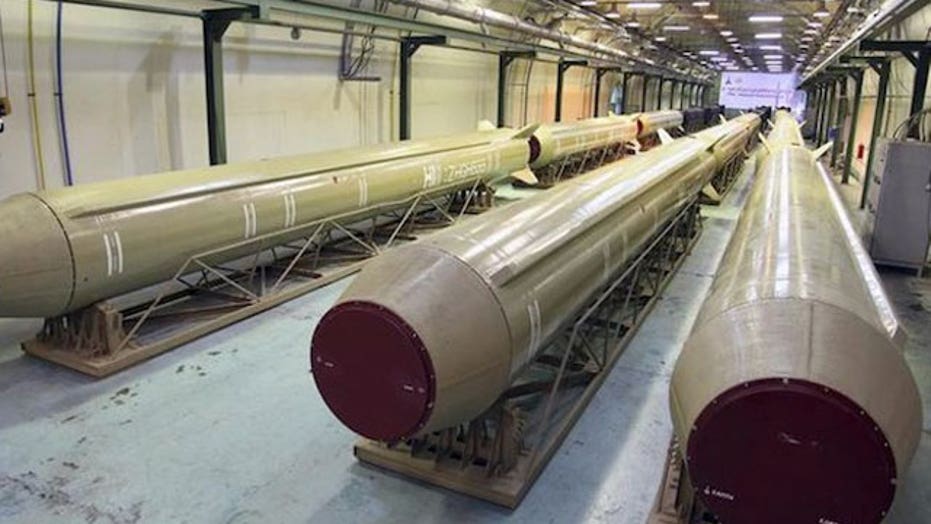 West tries to close a nuclear deal with Iran

A dispute over when international sanctions against Iran would be lifted following a potential nuclear agreement reportedly is the latest issue to bog down negotiations.

According to The Wall Street Journal, Iran's negotiators say that sanctions must be lifted almost immediately after a deal is concluded. U.S. and European diplomats, for their part, hold that sanctions should only be lifted once Tehran accounts for its past nuclear activity and is confirmed to be using nuclear energy for peaceful means by the United Nations' nuclear watchdog.

One European diplomat was quoted by the Journal as saying there was "no way" Western negotiators would budge from their position, which the diplomat said the Iranians considered a "deal-breaker. They don't want it at all."

Amid the dispute, officials from Iran and the U.S. reportedly said Friday that talks will resume next week.

According to the Journal, both sides believe that the U.S. and European Union can lift some of the sanctions each has unilaterally imposed on Iran's energy and finance sectors. However, the issue of lifting sanctions imposed by the U.N. is more complex and according to negotiators, is likely to take years, not weeks or months, to accomplish.

For its part, the International Atomic Energy Agency (IAEA) says that Iran has failed to turn over key documents about its nuclear program, and has also denied access to scientists and nuclear sites.

Both sides are working to meet a March 31 deadline to construct the framework of a permanent agreement. The final deadline for all the details to be worked out is June 30. On Thursday, U.S. Secretary of State John Kerry and his Iranian counterpart, Foreign Minister Javad Zarif met face-to-face for the fourth straight day in Lausanne, Switzerland.

The Associated Press reported late Thursday that elements of a draft deal had been agreed that would commit Iran to a 40 percent cut in the number of machines it could use to make an atomic bomb. In return, the Iranians would get quick relief from some crippling economic sanctions and a partial lift of a U.N. embargo on conventional arms.

Officials told the AP that the tentative deal imposes at least a decade of new limits on the number of centrifuges Iran can operate to enrich uranium, a process that can lead to nuclear weapons-grade material. The sides are zeroing in on a cap of 6,000 centrifuges, officials said, down from the 6,500 they spoke of in recent weeks.

That's also fewer than the 10,000 such machines Tehran now runs, yet substantially more than the 500 to 1,500 that Washington originally wanted as a ceiling. Only a year ago, U.S. officials floated 4,000 as a possible compromise.

It's unclear how complete the draft is. Iran's deeply buried underground enrichment plant remains a problem, officials said, with Washington demanding the facility be repurposed and Tehran insisting it be able to run hundreds of centrifuges there. Iran says it wants to use the machines for scientific research; the Americans fear they could be quickly retooled for enrichment.

A planned heavy water reactor will be re-engineered to produce much less plutonium than originally envisioned, relieving concerns that it could be an alternative pathway to a bomb. U.S. officials believe they can extend the time Tehran would need to produce a nuclear weapon to at least a year. Right now, Iran would require only two to three months to amass enough material to make a bomb.

"Our negotiations have made progress, but gaps remain," Obama said Thursday in a video message posted online.

"If Iran's leaders can agree to a reasonable deal, it can lead to a better path — the path of greater opportunities for the Iranian people," he said.

The pressure in Congress on the administration over Iran remained intense, with the chairman of the Senate Foreign Relations Committee saying he would move ahead with legislation giving lawmakers a say over any nuclear deal. And 360 House Republicans and Democrats — more than enough to override any presidential veto — sent a letter to Obama saying if an agreement is reached, Congress will decide on easing sanctions it has imposed.

"Congress must be convinced that its terms foreclose any pathway to a bomb, and only then will Congress be able to consider permanent sanctions relief," the lawmakers wrote.

Rep. Eliot Engel of New York, the top Democrat on the House Foreign Affairs Committee, told administration officials at a hearing Thursday that Congress cannot be marginalized and "any attempts to sidestep Congress will be resisted on both sides of the aisle."