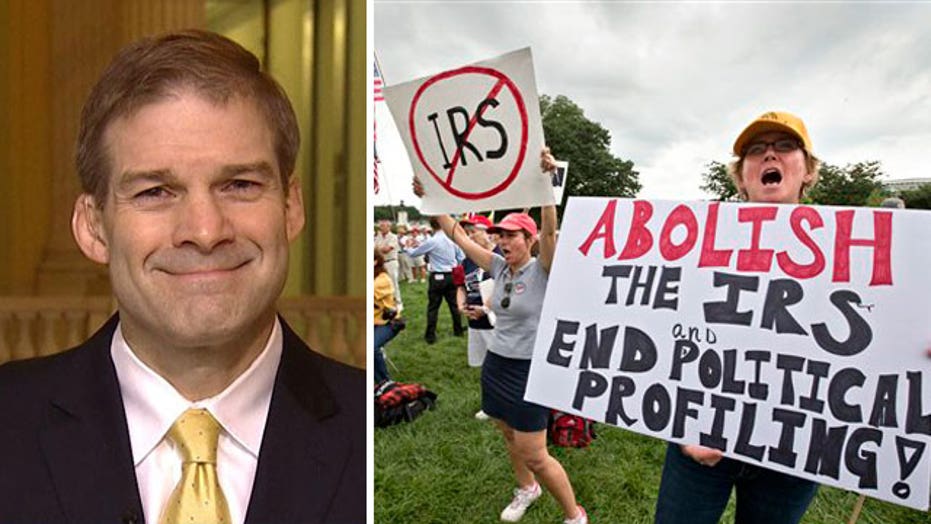 IRS officials who targeted conservatives off the hook?

Republican lawmakers, frustrated by the Justice Department's slow-moving probe into the IRS targeting scandal and "conflict of interest" concerns, are now calling for the investigators to be investigated.

Reps. Darrell Issa, R-Calif., and Jim Jordan, R-Ohio, on Wednesday formally requested that the Justice Department's inspector general launch his own probe into the department's review of IRS activities.

The request marks a serious escalation of their complaints about the department's conduct and, specifically, a decision to have a President Obama backer lead the investigation.

"The Department has created the appearance that it is not taking seriously its responsibility to conduct a thorough investigation of IRS misconduct," Issa and Jordan wrote in a letter to Inspector General Michael Horowitz.

Such complaints have come to a head this week, as conservative groups and lawmakers worry that the investigation is fizzling -- eight months after the agency first acknowledged it singled out conservative groups for extra scrutiny when they applied for tax-exempt status.

In their letter, Issa and Jordan cited a litany of concerns, including recent claims from administration officials that criminal charges in the case are unlikely. But they centered on the decision to appoint Barbara Kay Bosserman to lead the FBI probe. Campaign finance records show Bosserman has given more than $6,000 to Obama's two presidential campaigns.

"Publicly available information suggests that Ms. Bosserman may have a conflict of interest in this matter," they wrote, also citing a Fox News report that she attended a bill-signing ceremony at the White House in 2009.

Separately, the lawmakers wrote to Labor Secretary Thomas Perez asking him about any possible involvement, given his prior position as Bosserman's boss in the Civil Rights Division of the Justice Department.

The Justice Department, though, has pushed back hard on those questioning Bosserman's fitness for the role.

One official said last week that simply because a trial attorney exercised her constitutional right to make a political donation does not mean she's not acting professionally. Officials stressed that they cannot consider political affiliation when handing out case assignments.

"It is contrary to Department policy and a prohibited personnel practice under federal law to consider the political affiliation of career employees or other non-merit factors in making personnel decisions," the department said in a statement.

On Monday, a DOJ official also said that the ceremony Bosserman attended in 2009 -- for the signing of hate crimes legislation -- was attended by the Civil Rights Division team, which was described as "typical" given their "technical support" on the bill.