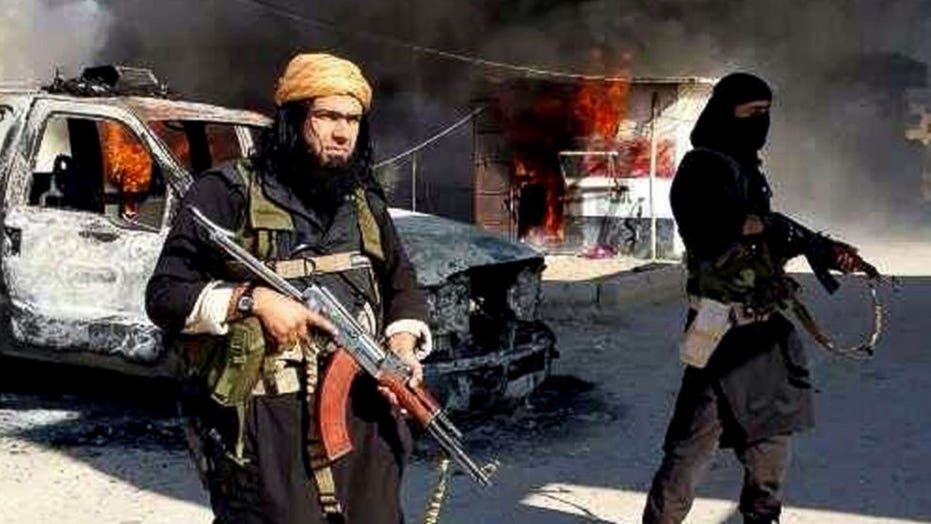 The attack in Orlando has the signature of a plot directed by a terrorist group and the FBI is analyzing the suspect's digital profile to make the assessment, according to the Republican chairman of the powerful Senate Intelligence Committee.

"This one has all the hallmarks of some type of direction from the terrorist organization," Sen. Richard Burr, R-N.C. -- who was briefed on the investigation -- told Fox News on Sunday. "The reality is only through this investigation would we find the digital footprint that we need to make the connection to a specific ISIL member or to a specific cell and I am confident that in the next 42 to 70, 72 hours we will discover that."

The official ISIS news service sent out a breaking news tweet that the shooter was an ISIS fighter, but the terror group did not identify Omar Mateen by name, nor did ISIS claim it had told him to target the Orlando club.

Speaking to reporters in Florida, the FBI confirmed the 29-year-old called 911 and claimed allegiance to the head of ISIS, Abu Bakr al Baghdadi. And in more evidence of Mateen's support for terrorism, a congressional source briefed on the matter said he gave a shout out to the Tsarnaev brothers who were behind the 2013 Boston Marathon plot that used homemade pressure cooker bombs to kill three and injure other more than 260 others at the finish line.

"This is the event we have been worried about for quite some time and we thought this would happen in Europe, we were hoping it wouldn't happen in the United States but unfortunately it happened," Republican Chairman of the House Homeland Security Committee Michael McCaul, R-Texas, told Fox News, adding the threat level heading into the holy month of Ramadan was high.

"Every time we get our threat briefings the Ramadan season, the holy season is the time of concern because this is when they like to carry out terrorist attacks. We had had threats about attacks against the west that they have called upon out of Syria to attack the west during the season," he said.

The FBI confirmed within hours of the shooting that Mateen was questioned by the bureau in 2013 after he made inflammatory comments that alarmed his co-workers. Interviewed twice, the claims were not substantiated and the matter closed. Again in 2014, he was interviewed because of contact with another Florida man, Noner abu Salha, who went on to become a suicide bomber for Al Qaeda in Syria known as the al Nusra front.

In late May 2014, the 22-year-old had left Florida, and was back in Syria, where he drove a truck with 16 tons of explosives into a restaurant, to kill Syrian government soldiers.

"That connection is a bit disturbing," McCaul said, indicating the committee wants more information on the decision not to pursue with charges or surveillance. "There was not enough evidence according to the FBI at the time to charge him. Something we obviously will be taking a look at."

A counterrorism source who tracks ISIS and Al Qaeda social media tells Fox News there has been a spike in chatter since Orlando on a scale they have never seen before, and at the very least ISIS is capitalizing on the murders.