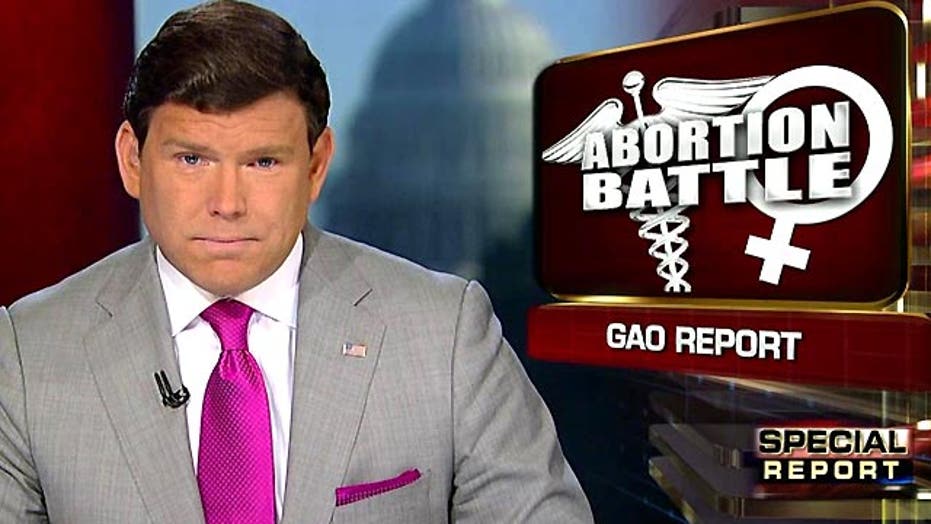 An ObamaCare provision that requires individuals to pay separately for abortion coverage to ensure abortions are not funded by taxpayers is being widely ignored by insurance providers, according to a government watchdog report released late Monday.

Republican lawmakers say the “bombshell” findings by the nonpartisan Government Accountability Office (GAO) show the Obama administration misled the American public when it insisted abortions would not be paid for by federal funds under the health care law.

"Today's GAO report confirms that under the president's health care law, abortions are being paid for with taxpayer funds by more than 1,000 exchange plans across the country," House Speaker John Boehner said in a statement on Tuesday. "This information has been hidden from the American public for years by the Obama Administration, which repeatedly denied congressional requests for its public release."

President Obama issued an executive order in 2010 that barred federal funds from being used for abortions, except in the case of rape, incest or when the life of the woman was in danger. The order was consistent with a statute passed by Congress in 1976 known as the Hyde Amendment.

Therefore, while insurance plans sold through the health law’s exchanges can offer abortion coverage, the policyholder is required to pay a separate premium for that coverage.

Last year, a group of eight Republican House members, including House Speaker John Boehner, R-Ohio, requested that the GAO conduct a review of how insurance companies are handling abortion coverage under the health care law.

In its report, the GAO found that 23 states restrict how insurance plans offered in the ObamaCare exchanges may include abortion as a benefit, and 28 (including the District of Columbia) do not. The GAO then surveyed 18 insurance providers within the 28 states that do not restrict abortion coverage to determine how the coverage is being handled.

According to the GAO, 17 of the 18 providers surveyed said they were not billing policyholders separately for the abortion coverage.

“(The insurance providers) did not itemize the premium amount associated with non-excepted abortion services coverage on enrollees’ bills nor indicate that they send a separate bill for that premium amount,” the report said.

The remaining insurance provider told the GAO that their policyholders receive a separate charge on their bills “for coverage of services for which member subsidies may not be used.”

In response to the report, the Department of Health and Human Services said states and state insurance commissioners are primarily tasked with insuring provisions such as these are enforced, but that the agency will “address issues of concern in the appropriate matter.”

The agency said “CMS acknowledges additional clarification may be needed” on how abortion services may be covered under Obama Care health care plans.

Republican lawmakers such as Rep. Joe Pitts said the report confirms “what we have suspected.”

“There is no transparency,” Pitts, R-Pa., said. “This is a violation of the commitment they gave us.”

Rep. Marsha Blackburn, R-Tenn., agreed, and also raised concern that those who purchase ObamaCare plans are not being given up-front information about whether their plan covers abortions. She cited a figure from the report, which said 11 of the 18 insurance providers said they did not discuss abortion coverage in information provided to policyholders.

“The promises have been broken,” she said. “The American people don’t trust this administration.”

The lawmakers called for the Democrat-controlled Senate to vote on a bill that passed the House earlier this year that specifically prohibits taxpayer-funded abortions.