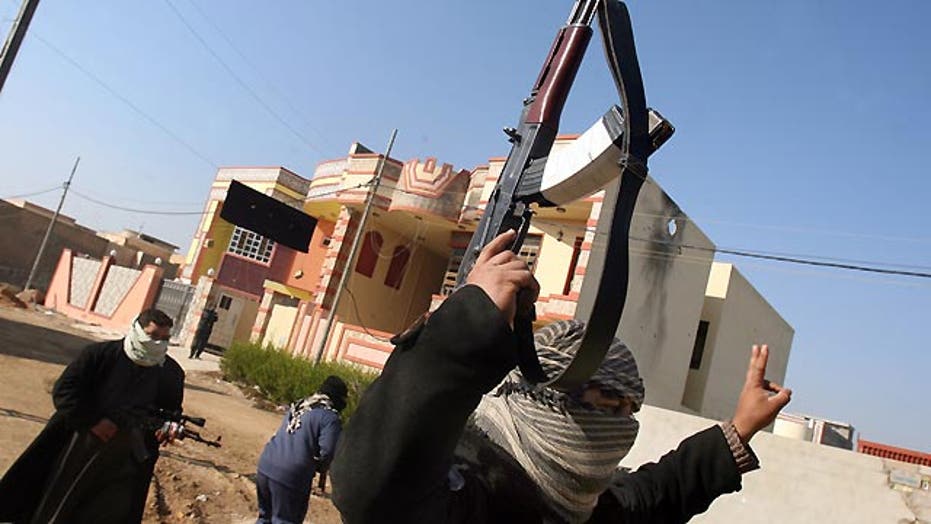 Should U.S. get more involved?

The top Republican on the Senate Armed Services Committee called Sunday for the Obama administration to provide more assistance to the Iraqi government as it battles Al Qaeda-aligned fighters in the Anbar Province.

"It looks like it has been taken over," Sen. James Inhofe, R-Okla., said of the restive province, where hundreds of Americans died during the Iraq war. The Iraqi government is now struggling to drive out Al Qaeda-tied militants from Fallujah and other areas.

The Obama administration plans to send Hellfire missiles, surveillance drones and other equipment to the Iraqi government to help them. But amid concerns that the gains of the Iraq war are being lost, Inhofe told "Fox News Sunday" that the U.S. government could provide more "intelligence, logistics and training" support.

"The intelligence and the logistics, those are the things that they need," he said, adding: "We don't want boots on the ground."

Speaking on the same program, Sen. Ben Cardin, D-Md., said the onus is on the Iraqi government, though, to defend their country and bring people together.

"The fundamental problem is whether the Iraqis will take responsibility for their own country," he said.

Sen. Marco Rubio, R-Fla., on CBS' "Face the Nation," also said he does not want to see "another invasion" of Iraq.

However, he echoed Inhofe in voicing support for more training and equipment assistance.