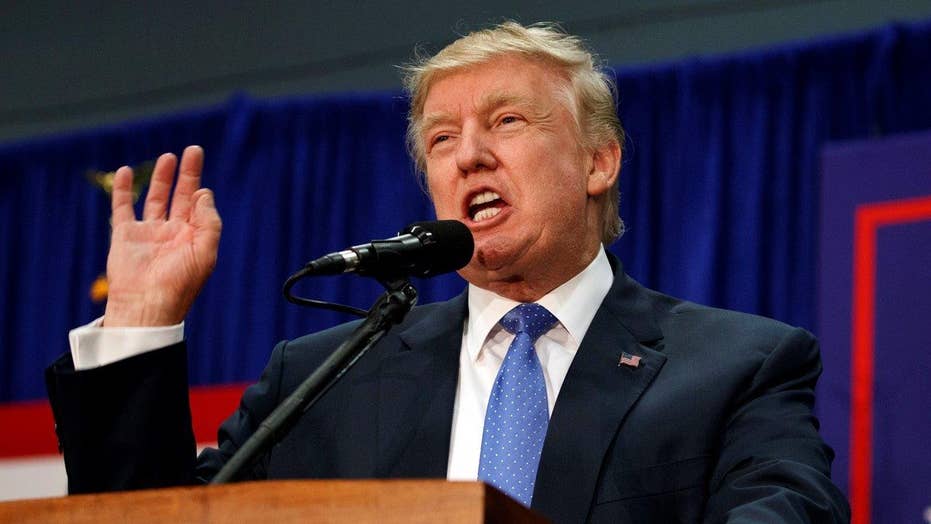 Bookmaker discusses the trends he is seeing

Donald Trump delivered Saturday on his plan to use historic Gettysburg, Pennsylvania, as the setting for a closing argument in his Republican presidential campaign -- but not before lashing out again at familiar targets including rival Hillary Clinton, a “rigged” America and female accusers whom he branded ”liars.”

Trump vowed after the election to sue the nearly one dozen women who have recently gone to the media with allegations about his sexual misconduct, a situation that Trump says has rigged the election against him.

“Every woman lied when they came forward to hurt my campaign -- total fabrication,” Trump told the crowd. The events never happened. Never. All of these liars will be sued after the election is over.”

In what Trump billed as a “Contract with the American Voter,” the first-time candidate vowed to within the first 100 days of office to take six majors steps -- including putting term limits on members of Congress.

“It is a contract between myself and the American voter and begins with restoring honesty, accountability and change to Washington,” Trump said.

“I am not a politician,” Trump also said Saturday. “But when I saw the trouble our country was in, I felt I had to act.”

Trump also said that if elected his administration would try to undo an emerging deal in which AT&T will buy Time Warner, which would create a major media conglomerate.

With Election Day now just 17 days away and Trump trailing Clinton in essentially every poll, the GOP nominee is working to assure voters that he is as capable and knowledgeable about policy as he is about rough-and-tumble electoral politics.

"Trump will use the historic setting of Gettysburg where the country was saved,” a senior campaign source told Fox News before the speech. “He will lay out a concise program that he will commit to execute from the first day in office.”

Gettysburg is where Republican President Abraham Lincoln delivered his famous Gettysburg Address in November 1863 in an attempt to unify Americans amid the Civil War.

Clinton has had a clear policy advantage over Trump since Day One of the 2016 White House race, considering she is a former first lady, New York senator and secretary of state.

Throughout the campaign, and particularly in the candidates’ third-and-final debate Wednesday night, Trump has argued that Clinton, in her 30 years in politics, has failed to solve any major domestic or foreign issues for the United States.

On Saturday, Trump again suggested Clinton lied to the FBI and Justice Department in their investigations into her use of a private server system as secretary of state because she said during the probes 36 times that she couldn’t recall what she had done.

Trump is making several stops this weekend in Pennsylvania, one of a handful of battleground states that he must win to become president.

He trails Clinton in Pennsylvania by 6 percent points, according to the RealClearPolitics polls average.

However, Trump appears in the past few days to be cutting into Clinton’s lead, in part with his repeated message that the liberal media has rigged the election.

A Reuters/Ipsos poll released on Friday showed Trump having cut Clinton’s lead in half.

“The media refuses to talk about the three new national polls that have me in first place,” Trump tweeted overnight. “Biggest crowds ever -- watch what happens!”