Republicans in Illinois are crying foul that Gov. J.B. Pritzker could be financially benefiting from the coronavirus pandemic following reports that his family’s investment firm has a stake in two companies doing tests for the contagion.

Illinois GOP Chairman Tim Schneider said in a statement to Fox News that the Pritzker Group – the family firm run by the governor’s brothers – “controls the companies that are making millions off the pandemic” and called on the Illinois Democrat to divest any interest he had with the firm.

"Let's be clear - Governor Pritzker and his family are clearly profiting off the COVID-19 crisis, and it's appalling,” Schneider said. “The Pritzker Group controls the companies that are making millions off the pandemic, and the Governor stands to make huge profits.”

The two companies in question are PathGroup, an anatomic, clinical and molecular pathology company that Pritzker’s private capital firm invested in, and Cue Health, a health care technology company that received funding from Pritzker’s venture capital firm. Both companies have recently announced either the development of tests or plans to develop tests to detect COVID-19. This comes as Pritzker's administration pushes to expand testing as part of the state's phased reopening plan.

While neither company has received a contract to conduct testing from the state of Illinois, Cue Health in late March was awarded a $13 million contract by the federal government to develop a test for the novel coronavirus.

Pritzker’s office did not return Fox News’ request for comment, but the governor in the past has argued that he put all his financial assets in a blind trust when he took office. Pritzker comes from a prominent business and philanthropic family that, among other things, owns the Hyatt hotel chain. His personal fortune is valued at around $3.4 billion.

A press release issued by his campaign shortly after he was elected stated that the trust, which will “have contracts that are wholly or partially funded with state dollars,” is in compliance with Illinois laws. It added that Pritzker “has given up as much control and knowledge of these trusts as is possible under the law” and he will not receive regular briefings on how his assets are doing. 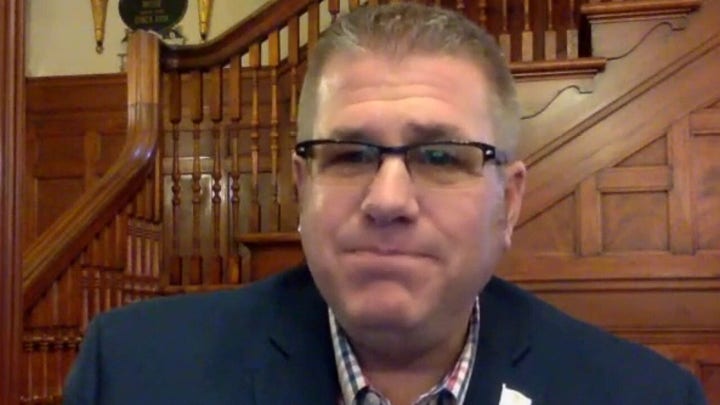 Critics of the governor, however, argue that putting his finances in a blind trust also makes it difficult to determine if Pritzker or his family is benefitting from his role as Illinois governor.

“The complex nature and the extraordinary lack of transparency about the governor's wealth make it impossible for Illinoisans to know whether the governor is making decisions for the best interests of taxpayers or because of his personal financial interests,” Schneider said. “Pritzker must divest and come clean."

He added: “Anything less than a complete divestment from these companies and complete transparency about the Pritzker family financial holdings is simply not enough."

The controversy surrounding Pritzker’s assets is similar to one that President Trump has had to deal with during his time in the White House. Shortly before taking office, Trump announced that he would be putting his assets into a trust and transferring management of the Trump Organization to his sons, Eric and Donald Jr.

But since entering the White House, the president has faced pushback from a number of his aides regarding his official visits to properties he owns in New Jersey and Florida. They have worried about the appearance that Trump is using taxpayer dollars to turn a profit at his resorts. 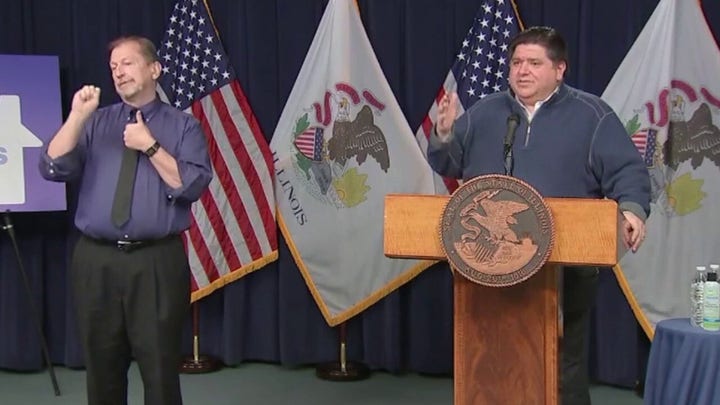 Trump, who has not divested from his properties, spends many weekends at his resorts in either Florida or New Jersey and has regularly dined at his organization’s restaurant in Washington, D.C. A Washington Post analysis last year found that the president’s trips to his properties have brought his businesses at least $1.6 million in revenue since he took office – mostly from federal officials and GOP campaigns who follow Trump.

Another controversy has centered specifically around the Trump International Hotel mere steps from the White House.