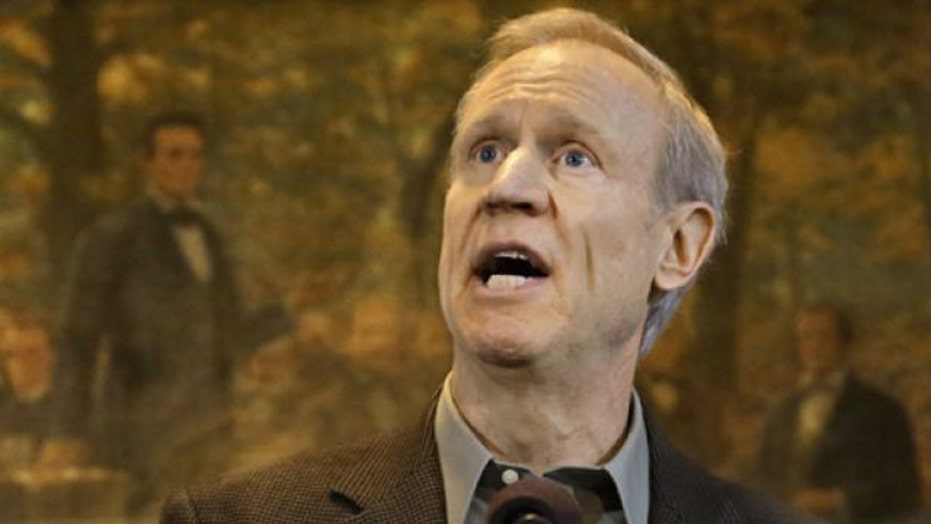 Republican Gov. Bruce Rauner struck a first official blow on Monday against the public sector labor unions he has frequently criticized by ordering an end to a requirement that workers pay dues even if they decide not to join a union.

His executive order sets up a fight with the state's powerful labor unions, a key ally of members of the Democratic-led Legislature, just as Illinois has begun divided government for the first time in more than a decade. Unions immediately lashed back, while top Democrats questioned the legality of Rauner's action and said their legal teams would review it.

Rauner, a wealthy businessman and self-described admirer of governors in Wisconsin and Indiana who've championed anti-union policies, said 6,500 state employees are paying so-called "fair share" dues, or an average of $577 a year per worker.

Rauner frequently criticized organized labor during his campaign for governor, saying they hinder economic growth by stifling competition and have far too much political influence in President Obama's Democratic-leaning home state.

"These forced union dues are a critical cog in the corrupt bargaining that is crushing taxpayers," Rauner said, adding that forcing non-union employees to pay union dues requires them to fund political activity they don't agree with.

The order, Rauner said, would have "no impact" on employees who wish to remain paying members of the union and fund union activities out of their paychecks.

Rauner said the union dues requirement was something, "I am duty bound to correct."

But it was unclear Monday whether Rauner was on solid legal ground, as the Supreme Court decision found certain workers didn't have to pay "fair share dues" but upheld that requirement for "full-fledged state employees."

Rauner said a legal team headed by a former U.S. attorney and lawyers at Chicago-based firm Winston and Strawn will handle a plan to ask the U.S. Supreme Court to declare "fair share" provisions unconstitutional.

Unions pledged to stand together to reverse the order. Rauner can be overruled by the courts, or if lawmakers can gather enough votes to override his decision. Democrats hold supermajorities in the state Legislature.

The executive order followed Rauner's proposal last week, during his State of the State Address, for Illinois to adopt "right to work" zones around the state where communities are able to decide whether joining a union or paying union fees would be voluntary for local workers.

"This is really a smoke-screen for what the billionaire governor wants to achieve," Tom Balanoff, President of Service Employees' International Union Local 1 said. "He wants to bring right to work to this state. It's going to lower peoples' wages, lower their benefits."

Roberta Lynch, Executive Director of AFSCME Council 31, called the executive order a "scheme" to weaken unions and strip state workers of their rights.

Some members of the Democratic-led Legislature suggested it was a distraction as Rauner grapples with an unprecedented budget crisis stemming from the expiration of the state's income tax increase in January. The expiration of the tax increase is expected to leave the state with close to a $2 billion budget hole by the end of the fiscal year this July, and more next year, leaving key programs and services underfunded.

"I don't understand why he wants to throw down the gauntlet on an issue like this," said House Majority Leader Barbara Flynn Currie, a Chicago Democrat. "He should have enough on his plate."