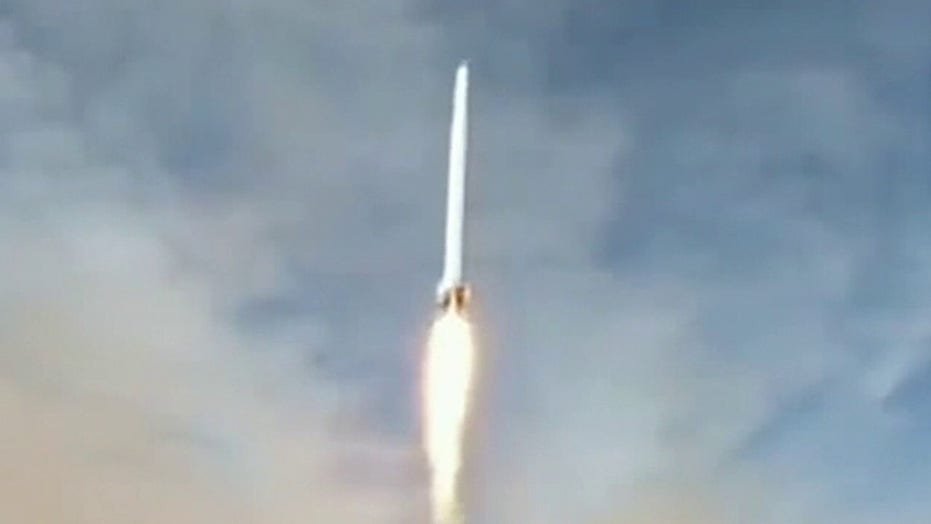 Rep. Waltz on Iran's military satellite launch: This is why we need Space Force

Rep. Ilhan Omar, D-Minn., has found a rare point of agreement with the American Israel Public Affairs Committee (AIPAC), as she has put her name to a bipartisan letter backed by the organization that calls for extending an arms embargo on Iran.

The letter, authored by Reps. Eliot Engel, D-N.Y., and  Michael McCaul, R-Texas, calls on Secretary of State Mike Pompeo to extend the Iranian arms embargo imposed by U.N. Resolution 2231. It is due to expire in October.

“The U.N. arms embargo is set to expire in October, and we are concerned that the ban’s expiration will lead to more states buying and selling weapons to and from Iran,” the letter says. “Additionally, states concerned about Iran’s malign activities may feel they do not have sufficient legal authority to stop transfers once the U.N. embargo expires. This could have disastrous consequences for U.S. national security and our regional allies”

It goes on to argue that the U.S. must continue its “longstanding, bipartisan leadership in order to limit Iran’s destabilizing activities throughout the world.”

A count by AIPAC shows that 387 lawmakers have signed onto the letter so far. Omar, who is on the House Foreign Affairs Committee, has signed the letter, but fellow “Squad” members Rep. Alexandria Ocasio-Cortez, D-N.Y.; Ayanna Pressley, D-Mass., and Rashida Tlaib, D-Mich., so far have not.

Pompeo not only wants to extend the embargo but is working on ways to do so, including arguing that the U.S. is still part of the Iran nuclear deal (from which it exited in 2018) because it remains a participant state under Resolution 2231 -- allowing it to “snapback” U.N. sanctions.

“U.N. Security Council resolution 2231 is pretty clear,” Pompeo told "Fox News @ Night," referring to the U.N. resolution that codified the Iran deal. “That's pretty clear about what a participant is. It's separate from the JCPoA [the Joint Comprehensive Plan of Action, or Iran deal]. We are one of the participants and the participants have the right to invoke snapback in a way that will prevent this expiration of the arms sales.” 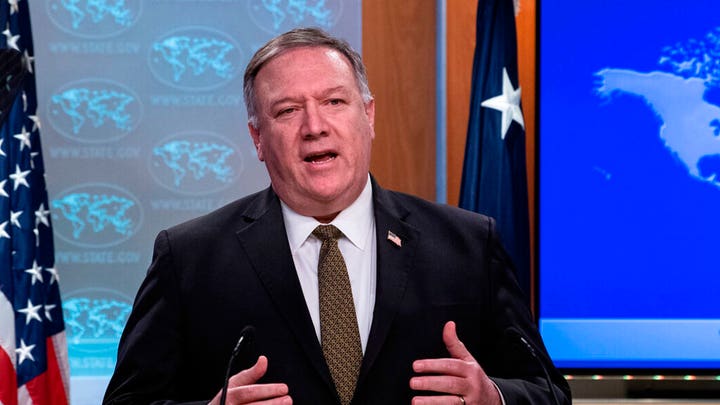 Omar’s office told Al-Monitor, which first reported on her signing the letter, that she has “consistently, for a long time, supported arms embargos against human rights abusers.”

“However, that is not to say that she supports Pompeo’s tactics or that her position on sanctions has changed, or that she is not in support of the [nuclear deal]. It was just a narrow ask that we couldn’t find anything wrong with,” her office told the outlet.

But it is a rare, if narrow, instance of Tlaib and AIPAC seeing eye to eye.

“Iran remains the principal obstacle to peace and stability in the Middle East,” AIPAC said in a statement. “Even under the constraints of the arms embargo, Iran has continued its malign behavior.“

Omar has been critical of AIPAC in the past, particularly in relation to its support of Israel. In February last year, Omar drew bipartisan criticism after suggesting that politicians in the U.S. were bought by AIPAC.

“It’s all about the Benjamins baby,” Omar wrote in a since-deleted tweet.