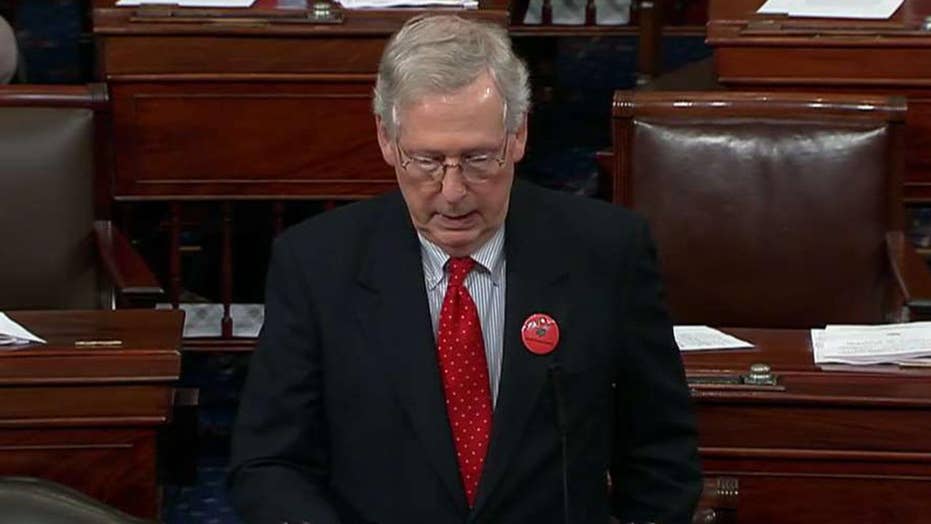 Senate to take up stopgap bill with border wall funding

President Trump may be facing some political trouble in the future if he doesn’t succeed in getting funding for his border wall, Mollie Hemingway, a senior editor for the Federalist, suggested on the "Special Report" All-Star panel Friday night.

After Trump reversed course from what critics perceived as him “caving” on funding the wall -- something he famously campaigned on during the 2016 presidential election -- Trump doubled down on his threat of a partial government shutdown, which was triggered at midnight Friday after Congress failed to meet a deadline for passing a spending plan.

All-Stars Hemingway, along with Washington Examiner commentary writer Tom Rogan and U.S. News & World Report senior writer David Catanese, all weighed in on the potential political fallout of the shutdown. 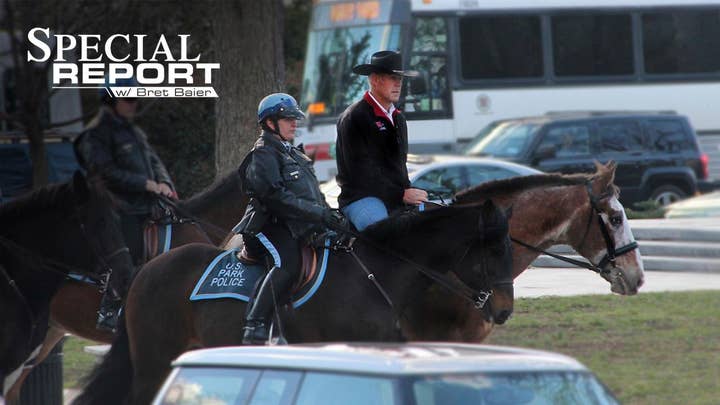 Hemingway began by arguing that the lack of an “incentive structure” has prevented meaningful immigration reform and that both Democrats and Republicans have benefited by “using the issue without actually solving it.”

“What makes this very interesting is Donald Trump has no incentive to do anything other than wait for a bill that provides money for the border fence,” Hemingway told the panel. "I mean, he could wait as long as he wants, partly because we’ve got a government that’s 75 percent funded, but also because if he does not provide this, it is a very serious problem for him and his electoral future. And he has no incentive to accept anything other than meaningful border wall funding.”

"Donald Trump has no incentive to do anything other than wait for a bill that provides money for the border fence."

She added that Democrats might be “playing into his hands” since they have already supported border security in the past.

However, Catanese pushed back, insisting that Trump's demand for a wall was “symbolic,” and that’s where the “opposition is.”

“The president even changed the language on this,” Catanese said. “He’s talking about slats and not a wall!”

Meanwhile, Rogan asserted that Trump “wants” the shutdown in the wake of Defense Secretary Jim Mattis' resignation because the president wants to show heading toward 2020 that he’s still the “hard-charging” candidate his voters elected in 2016.

Rogan added that it was to the president’s benefit that Democrats were being seen as opposing border security by a lot of America, so the perception would likely be negative for their candidates. “So this may flip in his favor later on," Rogan said.