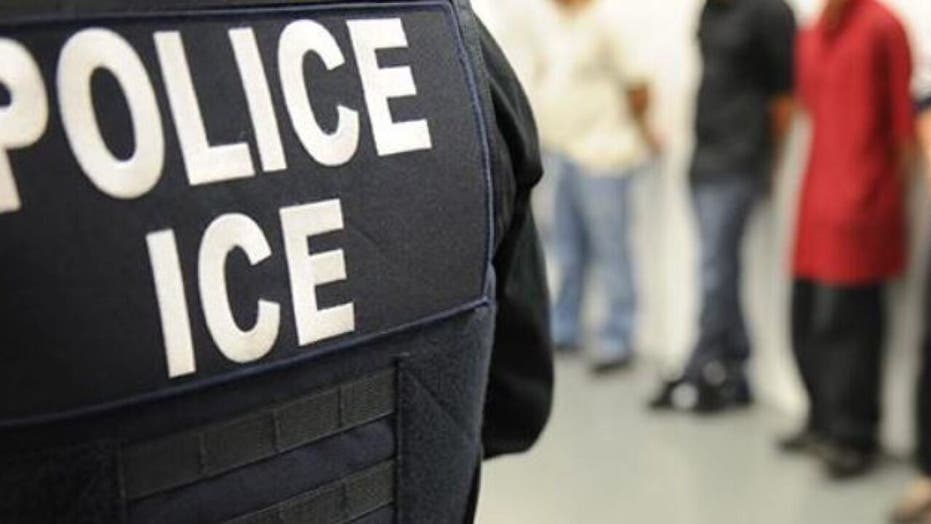 Immigration and Customs Enforcement has published a list of immigrants it says it was forced to release by a California court order -- warning that it could put Americans at risk.

“During the week of Oct. 19, thanks to a court ruling in California, @ICEgov was forced to release 250 detainees from our Adelanto facility back into America’s communities,” acting ICE director Tony Pham said. “Many are criminals and the court sided against public safety.”

A judge had demanded the agency reduce the population at the Adelanto ICE processing center in Southern California in order to halt the spread of coronavirus infections in response to a lawsuit.

ICE said last month that "despite requests to transfer detainees to alternative locations," it ended up releasing 250 from the facility, which is run by a federal contractor.

The agency, which has long warned of the danger of releasing criminal immigrants back into the community, has since published a more detailed list of the crimes and time served by those released. Many of them had final orders of removal, meaning they were due to be deported from the country.

One detainee, from Benin, had served time for identity theft, larceny, grand theft and burglary.

Another, from Egypt, had convictions for DUI, felony drunk driving, theft, possession of a controlled substance and battery.

Another from Mexico had convictions for assault, battery, concealed dagger, battery of a police officer, resisting arrest, driving while under a suspended license, battery and DUI.

Others had rap sheets for domestic violence, sexual battery, assault with intention rape, drug use, weapon possession and driving offences.

“ICE has complied with this overreaching court order; however, the public should know that the ruling undoubtedly places them at greater risk,” Pham said.

According to ICE, more than 85% of the roughly 730 migrants at Adelanto had pending criminal charges or convictions. The recent release left the processing center with a population of 465, slightly below the 475 previously requested by the judge.