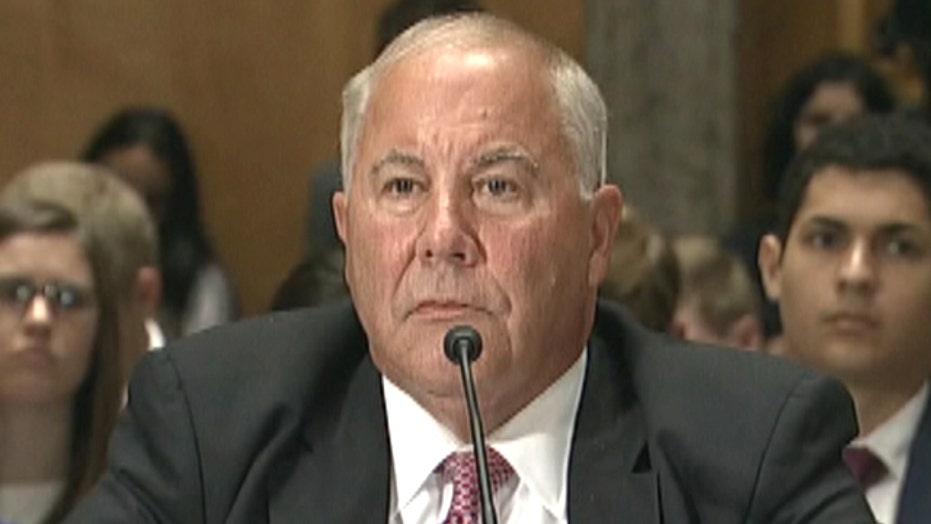 On paper, it sounded like a true government success story: The Social Security Administration in September opened a "state-of-the-art" data center in Maryland, housing wage and benefit information on almost every American, "on time and under budget."

However, six years after Congress approved a half-billion dollars for the project -- the largest building project funded by the 2009 stimulus -- a whistleblower says the center was built on a lie.

"We misled Congress," Michael Keegan, a former associate commissioner who worked on the project, told FoxNews.com.

Officials originally claimed they needed the $500 million to replace their entire, 30-year-old National Computer Center located at agency headquarters in Woodlawn, Md. But Keegan says they overstated their case -- the agency has no plans to replace the center, and only moved a fraction of the NCC to the new site.

Keegan's claims were first heard last week at a Senate Homeland Security Committee hearing, where he testified on alleged retaliation he faced as a whistleblower. Though two watchdog agencies previously discarded his complaints, documents submitted to Congress and obtained by FoxNews.com along with congressional records appear to back him up, at least in part. They show:

1) SSA officials told Congress in 2009, and as late as 2011, they planned to "replace" the National Computer Center, using $500 million from the stimulus.

2) That never happened. Rather, the agency built a new data center called the National Support Center, in Urbana, Md. This now houses data center functions from the National Computer Center, and is what was touted in September 2014. But the original, supposedly outdated NCC continues to operate, and hundreds still work there. And transcribed depositions from Keegan's lawsuit against the agency show top officials indeed have no plans to replace the entire NCC.

Keegan maintains the agency didn't have to move anybody out of the NCC, and could have simply renovated the floor holding the old data center.

"The data center occupies one half of one floor in a four-story building," he told FoxNews.com. "We didn't need to build [the new center] to begin with."

Agency leaders disagree, and forged ahead. Yet the records show while officials originally talked about replacing the building, there are no plans to do so now.

'[W]e have yet to receive a coherent response from the agency as to the reasons it didn't do what it told Congress had to be done.'

Acting Commissioner Carolyn Colvin said in a deposition she "did not" know of any plan to abandon the NCC or move all its workers to another site. Other officials echoed this statement.

"After seven months, we have yet to receive a coherent response from the agency as to the reasons it didn't do what it told Congress had to be done," Keegan's attorney Morris Fischer said.

Former SSA Commissioner Michael Astrue, who led the agency under President George W. Bush and for several years under President Obama, also said he's not sure why the building isn't being replaced entirely.

Astrue said he made the original decision to replace the NCC, toward the end of the Bush administration. He said the building was "antiquated and fraying," and was worried a disruption in payments could send "the entire economy into recession." A backup SSA center in North Carolina, he said, was not enough.

Astrue said his intention was to replace and phase out the NCC entirely, and disputed Keegan's claims that Congress was misled. He maintains the proposal was the "correct decision."

But he said he was "surprised" to learn the NCC is still in operation. He doesn't know why.

The agency's claims to Congress over the years were, at best, confusing.

In congressional hearings in 2009, SSA officials repeatedly said they planned to use stimulus funds to replace the NCC. In one April 2009 hearing, Mary Glenn-Croft, a deputy commissioner at SSA, said the funds "will help us process our increasing workloads and replace our aging National Computer Center."

This may have given the agency just enough wiggle room.

When the Office of the Inspector General reviewed Keegan's complaints, it concluded the SSA "did not mislead" Congress to believe the NCC wouldn't be needed. At the same time, the OIG acknowledged SSA talked about "replacing" the center and "did not implicitly state" it would stay in use. (Further, while IG Patrick P. O'Carroll, Jr., oversaw the spending, he also was among those making the case for the project, telling Congress in 2009 the NCC was "rapidly approaching obsolescence.")

Like the OIG, the Office of Special Counsel last year also said they could not determine whether agency leaders misled Congress. Keegan disputes these findings.

The Social Security Administration has not yet responded to a request for comment from FoxNews.com.

The agency has said the new data center will meet SSA's "anticipated IT workloads for at least the next 20 years." The full budget for the project reportedly was about $750 million; it's unclear what the final price tag was for the "under budget" building, or what happened to the unused money.

Keegan suspects agency leaders pushed for the new building because they saw it as a "slam dunk" once word got out in 2009 about stimulus funding. "I think every IT person wants a new toy," he said, and they decided to go for "the whole ball of wax."

Of the new building, he said, "It's palatial."

Astrue, speaking with FoxNews.com, acknowledged the offer of stimulus funds prompted his agency to make the case for the building.

"That money was going to get spent one way or the other," he said, claiming the SSA project was more worthy than many others. "And Congress agreed."

Keegan's complaints are now at the center of nasty legal dispute over his treatment at the agency. As project executive for the center's construction, he said he brought his concerns to his higher-ups, but was subsequently placed under an internal probe and relieved of his duties. He said he was confined to an empty office with little or no work to do until mid-2014, when he retired early.