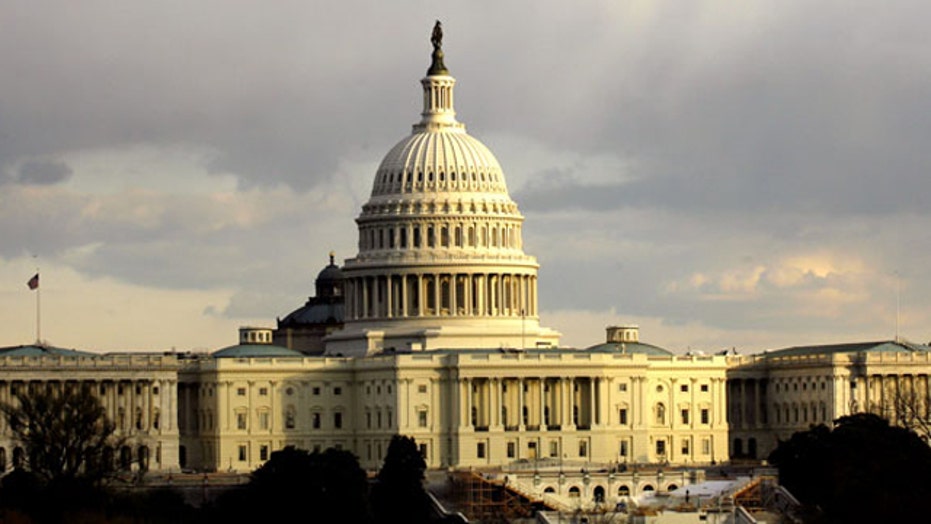 WASHINGTON – The House voted Thursday to repeal the federal tax on estates, a politically volatile issue that affects few inheritances.

Republicans refer to it as the "death tax." They say it prevents small business owners and family farmers from passing businesses on to their heirs.

"Can you imagine working your whole life to build up a family-owned business and then upon your death Uncle Sam swoops in and takes nearly half of what you spent a lifetime building up for your children and grandchildren?" asked Rep. Kevin Brady, R-Texas, who sponsored the bill.

"It is at its heart an immoral tax," he said.

Democrats say repealing the tax is a giveaway to the rich, since the only families that pay it have many millions in assets. The bill now goes to the Senate where Democrats appear to have enough votes to block it.

The White House has threatened to veto the bill in part because it would add $269 billion to the budget deficit over the next decade.

"This proposed repeal of the estate tax is nothing more than a massive unfunded tax break for a small sliver of America's wealthiest families," said Rep. Jim McDermott, D-Wash. "What are they doing? Shoveling a quarter of a trillion dollars out the door to the richest."

The House also passed a bill to make permanent a deduction for state and local sales taxes that expired at the beginning of the year. The White House threatened to veto that bill in part because it would have added $42 billion to the budget deficit over the next decade.

The federal tax rate on estates is 40 percent, but big exemptions limit the share of estates that pay it to fewer than 1 percent.

This year, the exemption is $5.43 million for a single person. Married couples can exempt up to $10.9 million. Larger estates pay taxes only on the amounts above these thresholds.

A total of 5,400 estates are expected to pay the tax this year — out of about 2.6 million deaths, according to the nonpartisan Joint Committee on Taxation, which provides official estimates for Congress. That's 0.2 percent of all deaths in the U.S.

Republicans say that some business owners get hit with the tax because they have valuable assets that don't necessarily generate a lot of cash. They cite family farms, which may sit on valuable land but don't generate enough money to pay hefty estate taxes unless heirs sell some or all the land.

"The super rich? They don't pay this tax. They have a legion of lawyers and tax planners. They have charitable trusts and foundations," Brady said. "These are family-owned, hard-working, risk-taking, determined Americans who are building their business, their farm, their ranch. These are not, as we will hear today, the Paris Hiltons and robber barons of the Teddy Roosevelt days."

The deduction for state and local sales taxes helps people who live in the nine states without a state income tax on wages.

House Republicans say the measure is about fairness because people in states that have incomes taxes can deduct those taxes on their federal returns.

The deduction is one of dozens of temporary tax breaks that are routinely extended every year or two. House Republicans are working to make selected ones permanent.