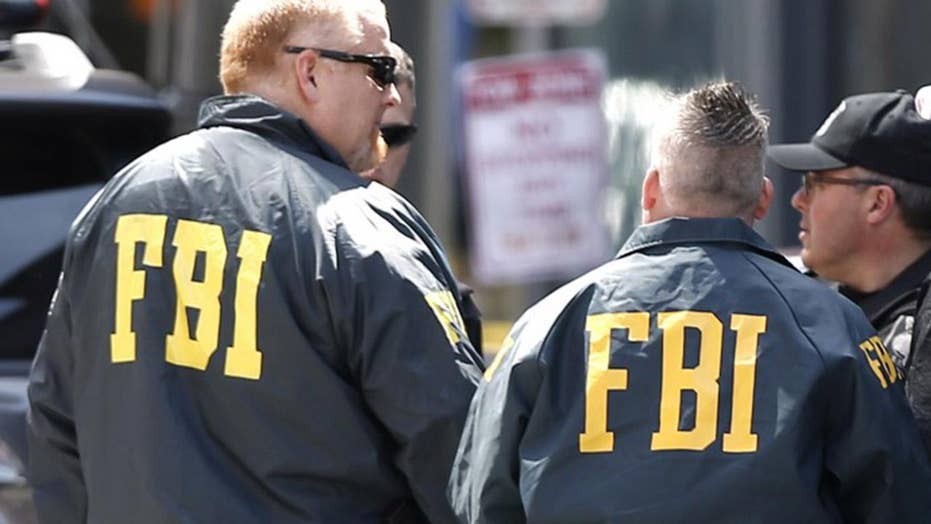 What will be learned if the FISA memo is released?

A key House committee is set to vote as early as Monday evening on whether to make public a classified memo that top congressional Republicans say details government surveillance abuses -- and has emerged at the center of a power struggle in Washington.

Those who have seen the document suggest it reveals what role the unverified anti-Trump "dossier" played in the application for a surveillance warrant on at least one President Trump associate.

While the White House seems to favor the memo's release, the Justice Department has pushed back hard. Sources told Fox News' Catherine Herridge that FBI Director Christopher Wray went to the Capitol on Sunday to view the four-page memo.

Napolitano: FISA memo should and will be made public

Fox News senior judicial analyst weighs in ahead of the House panel vote to release the Obama surveillance report.

According to one source, Wray was asked to point out inaccuracies or other issues with the wording -- and said he would need “his people to take a look at it.” The source said the review is ongoing.

But South Carolina GOP Rep. Trey Gowdy, who helped write the four-page memo, said Sunday he wants it made public.

He also suggested the memo indeed addresses whether the FBI relied at least in part on the dossier -- paid for partially by Democrats and the Clinton campaign during the 2016 presidential election -- to apply to a secret federal court to get a surveillance warrant, purportedly on then-Trump adviser Carter Page.

“If you … want to know whether or not the dossier was used in court proceedings, whether or not it was vetted before it was used. … If you are interested in who paid for the dossier … then, yes, you'll want the memo to come out,” Gowdy told “Fox News Sunday.”

The House Permanent Select Committee on Intelligence convened Monday evening and is expected to take a vote on whether to release the memo. The president then would decide whether he has any objections.

The committee, with 13 Republican and nine Democratic members, is expected to vote yes. And Trump seems to want to declassify the memo for Americans to see, over objections from the Justice Department.

“We don’t know what’s in the memo. But I think the president generally sides on the side of transparency,” Marc Short, the White House legislative affairs director, told Fox News on Sunday. “I’m sure he’s very concerned about some of the appearances of conflict of interest at the top of the agency.”

The Washington Post published a story earlier in the day stating Trump, who claims Special Counsel Robert Mueller's investigation continues with no evidence of collusion with Russia, wants the memo released. The DOJ has warned that releasing the memo without a proper review would be "reckless."

The dossier was compiled by former British intelligence officer Christopher Steele and contained opposition research on Trump during the 2016 presidential campaign. Steele was hired by the U.S. firm Fusion GPS, which commissioned the research with funding from the Democratic National Committee and the campaign of Democratic presidential nominee Hillary Clinton. At the same time, the firm was allegedly doing work to help the Russian government fight sanctions.

“Having read this memo, I think it would be appropriate that the public has full view,” House Majority Leader Kevin McCarthy, R-Calif., said Sunday on NBC’s “Meet the Press.”

Rep. Adam Schiff says Democrats will have their own surveillance memo. (AP)

California Rep. Adam Schiff, the top Democrat on the House intelligence committee, said last week that committee Democrats will release their own memo, claiming the Republicans’ document “represents another effort to distract from the Russia probe and … seeks to selectively and misleadingly characterize classified information in an effort to protect the president at any cost.”

Requests for surveillance warrants are made through the U.S. Foreign Intelligence Surveillance Court, also known as the FISA court, and target suspected foreign spies inside the United States.

Gowdy, chairman of the House oversight committee, also said Sunday that he advised House Intelligence Committee Chairman Devin Nunes, R-Calif., to have the FBI review the memo before its release. But he declined to say whether there was indeed a FISA warrant on Page, citing classified information.

However, he asked: “Do you want to know whether or not the primary source in these court proceedings had a bias against one [presidential] candidate?”