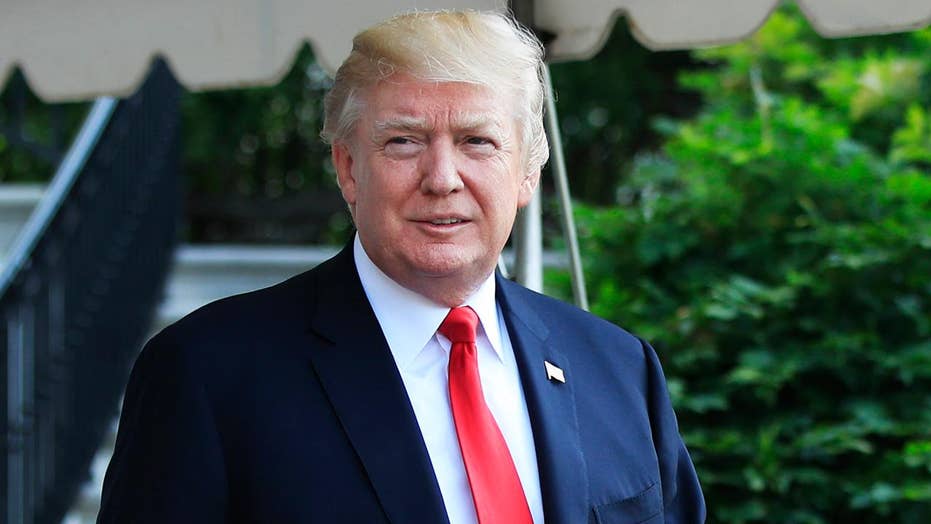 A House Democrat is pushing a bill to stop President Trump from pardoning himself in the Russia meddling ordeal, as the president's team tries to tamp down speculation that pardons might even be considered in a case that's so far produced no charges.

“No one is above the law. And this includes the president of the United States of America,” Texas Democratic Rep. Al Green said Monday at a press conference announcing the bill at his Houston office. “To permit the president to self-pardon would place the president above the law and beyond justice."

Green has been on the far edge of the Trump resistance on Capitol Hill and is also backing an article of impeachment filed by his colleague, Rep. Brad Sherman, D-Calif.

The impeachment article does not enjoy widespread support even among Democrats, and the pardon preemption could encounter similar problems.

Green’s proposed bill follows The Washington Post reporting last week that Trump has asked legal advisers about the power to pardon himself and associates, in an apparent effort to undercut special counsel Robert Mueller’s investigation into whether anybody with his 2016 campaign colluded with the Kremlin.

The Post story, based on unnamed sources, has sparked a constitutional and political debate about whether the president has such authority.

Trump on Saturday appeared to try to resolve the matter when he tweeted: “While all agree the U. S. President has the complete power to pardon, why think of that when only crime so far is LEAKS against us. FAKE NEWS.”

He continues to dimiss the probes, tweeting Monday that they've produced "Zero evidence."

On Sunday, however, new White House Communications Director Anthony Scaramucci seemed to acknowledge that Trump is indeed exploring the possibility of pardons.

“I'm in the Oval Office with the president last week; we're talking about that,” Scaramucci told “Fox News Sunday,” when asked about the matter. “He brought that up.”

Still, Scaramucci argued Trump has no intention of issuing pardons.

“There's nobody around him that has to be pardoned,” he said. “He was just making the statement about the power of pardons. And so, now, all of the speculation and all the spin. …  And the reason that he doesn't need to pardon himself is he hasn't done anything wrong.”

Also on Sunday, Jay Sekulow, a member of Trump’s legal team, said team members have not had conversations with the president regarding pardons.

“Pardons have not been discussed and pardons are not on the table,” he told ABC’s “This Week.”

Sekulow also said a president has the authority to pardon, under Article II, Section II of the Constitution, amid the ongoing “academic debate,” but the Supreme Court would likely have to answer the question.

Green, a first-term congressman, also said his proposed legislation would clarify the powers of the presidential pardon and is not directed specifically at Trump.

However, he acknowledged that speculation about Trump pardoning himself brought the issue to the forefront.