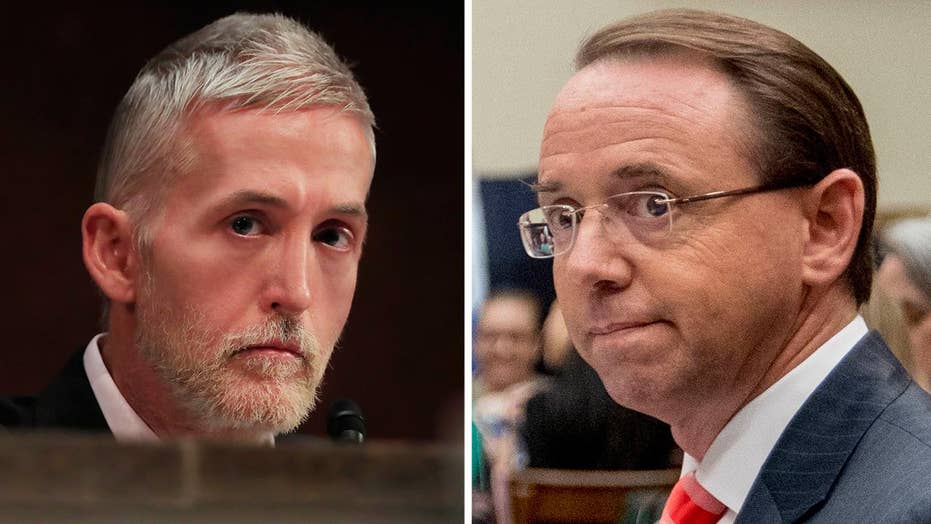 Gowdy to Rosenstein on Russia probe: 'Finish it the hell up'

The House on Thursday approved a non-binding resolution insisting the Justice Department comply with committee subpoenas for documents related to the Russia investigation by July 6.

Republicans have been hounding the DOJ to produce documents related to the investigation into Russia’s attempted meddling in the 2016 election and whether anyone associated with Trump’s campaign colluded with Russia -- requests lawmakers say have been stonewalled by the agency. 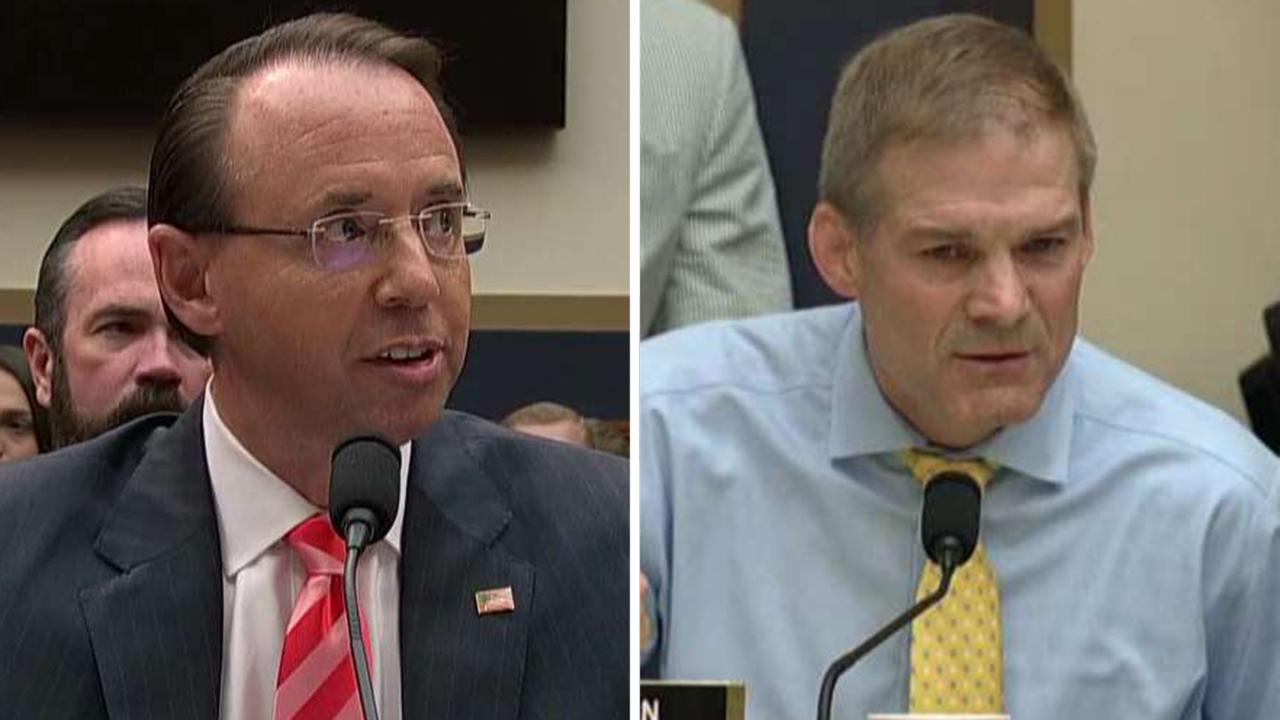 Jordan to Rosenstein: Why are you keeping info from us?

Republican accuses the deputy attorney general of 'hiding' documents related to the Russia investigation during a House hearing.

House Freedom Caucus Chairman Mark Meadows, R-N.C., has said he wants the House to either hold Deputy Attorney General Rod Rosenstein in contempt of Congress or impeach Rosenstein if the Justice Department fails to meet the July 6 deadline.

The vote came as Rosenstein was grilled repeatedly Thursday on Capitol Hill by House Republicans over everything from his department’s role in any Trump campaign surveillance to the damning watchdog report on FBI conduct during the Clinton email probe.

Ahead of the vote, Rep. Jim Jordan, R-Ohio, personally challenged Rosenstein over his compliance.

“Why are you keeping information from Congress?” Jordan asked.

“It is not accurate, sir,” Rosenstein said.

“We have caught you hiding information,” Jordan countered.

Rosenstein insisted his team was responding to their requests.

“As with most things in Washington, the real work is not done on television and it is not all done by me,” Rosenstein said. “Trump administration officials are meeting and talking to your staffs every day to accommodate requests and produce relevant information to this committee, other committees and several Senate committees.”