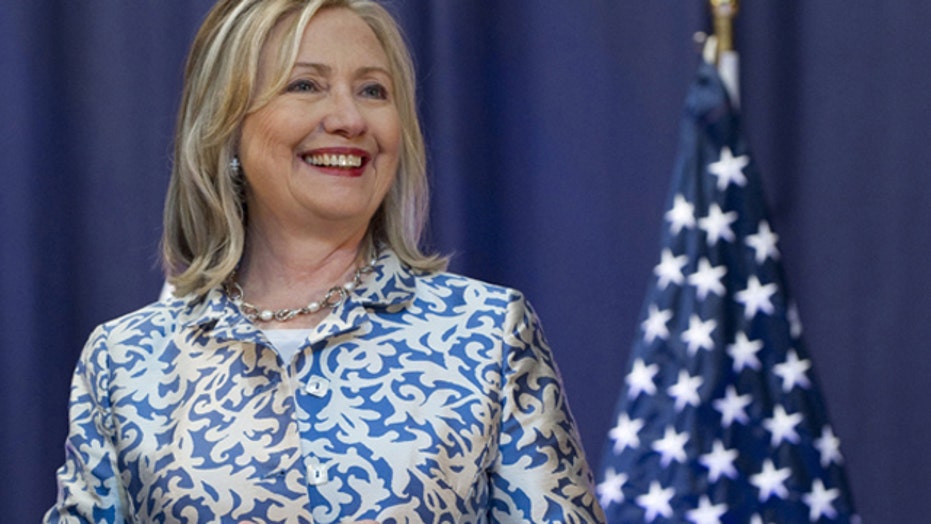 WASHINGTON – The computer server that transmitted and received Hillary Clinton's emails -- on a private account she used exclusively for official business when she was secretary of state -- traced back to an Internet service registered to her family's home in Chappaqua, New York, according to Internet records reviewed by The Associated Press.

The highly unusual practice of a Cabinet-level official physically running her own email would have given Clinton, the presumptive Democratic presidential candidate, impressive control over limiting access to her message archives. It also would distinguish Clinton's secretive email practices as far more sophisticated than some politicians, including Mitt Romney and Sarah Palin, who were caught conducting official business using free email services operated by Microsoft Corp. and Yahoo Inc.

Most Internet users rely on professional outside companies, such as Google Inc. or their own employers, for the behind-the-scenes complexities of managing their email communications. Government employees generally use servers run by federal agencies where they work.

In most cases, individuals who operate their own email servers are technical experts or users so concerned about issues of privacy and surveillance they take matters into their own hands.

Clinton has not described her motivation for using a private email account -- hdr22(at)clintonemail.com, which traced back to her own private email server registered under an apparent pseudonym -- for official State Department business.

Operating her own server would have afforded Clinton additional legal opportunities to block government or private subpoenas in criminal, administrative or civil cases because her lawyers could object in court before being forced to turn over any emails. And since the Secret Service was guarding Clinton's home, an email server there would have been well protected from theft or a physical hacking.

But homebrew email servers are generally not as reliable, secure from hackers or protected from fires or floods as those in commercial data centers. Those professional facilities provide monitoring for viruses or hacking attempts, regulated temperatures, off-site backups, generators in case of power outages, fire-suppression systems and redundant communications lines.

A spokesman for Clinton did not respond to requests seeking comment from the AP on Tuesday. Clinton ignored the issue during a speech Tuesday night at the 30th anniversary gala of EMILY's List, which works to elect Democratic women who support abortion rights.

It was unclear whom Clinton hired to set up or maintain her private email server, which the AP traced to a mysterious identity, Eric Hoteham. That name does not appear in public records databases, campaign contribution records or Internet background searches. Hoteham was listed as the customer at Clinton's $1.7 million home on Old House Lane in Chappaqua in records registering the Internet address for her email server since August 2010.

The Hoteham personality also is associated with a separate email server, presidentclinton.com, and a non-functioning website, wjcoffice.com, all linked to the same residential Internet account as Mrs. Clinton's email server. The former president's full name is William Jefferson Clinton.

In November 2012, without explanation, Clinton's private email account was reconfigured to use Google's servers as a backup in case her own personal email server failed, according to Internet records. That is significant because Clinton publicly supported Google's accusations in June 2011 that China's government had tried to break into the Google mail accounts of senior U.S. government officials. It was one of the first instances of a major American corporation openly accusing a foreign government of hacking.

Then, in July 2013, five months after she resigned as secretary of state, Clinton's private email server was reconfigured again to use a Denver-based commercial email provider, MX Logic, which is now owned by McAfee Inc., a top Internet security company.

The New York Times reported Monday that Clinton exclusively used a personal email account it did not specify to conduct State Department business. The disclosure raised questions about whether she took actions to preserve copies of her old work-related emails, as required by the Federal Records Act. A Clinton spokesman, Nick Merrill, told the newspaper that Clinton complied with the letter and spirit of the law because her advisers reviewed tens of thousands of pages of her personal emails to decide which ones to turn over to the State Department after the agency asked for them.

In theory but not in practice, Clinton's official emails would be accessible to anyone who requested copies under the U.S. Freedom of Information Act. Under the law, citizens and foreigners can compel the government to turn over copies of federal records for zero or little cost. Since Clinton effectively retained control over emails in her private account even after she resigned in 2013, the government would have to negotiate with Clinton to turn over messages it can't already retrieve from the inboxes of federal employees she emailed.

The AP has waited more than a year under the open records law for the State Department to turn over some emails covering Clinton's tenure as the nation's top diplomat, although the agency has never suggested that it didn't possess all her emails.

Clinton's private email account surfaced publicly in March 2013 after a convicted Romanian hacker known as Guccifer published emails stolen from former White House adviser Sidney Blumenthal. The Internet domain was registered around the time of her secretary of state nomination.

President Barack Obama signed a bill last year that bans the use of private email accounts by government officials unless they retain copies of messages in their official account or forward copies to their government accounts within 20 days. The bill did not become law until more than one year after Clinton left the State Department.