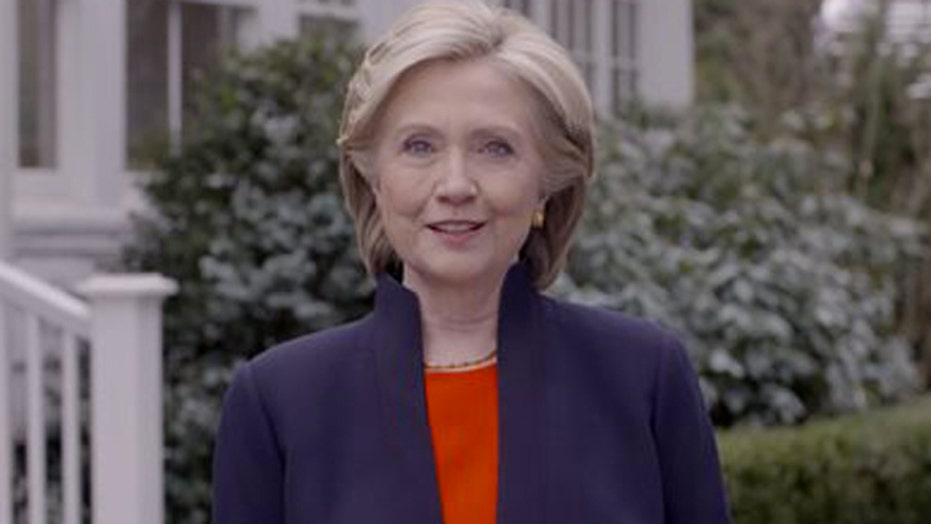 Clinton: ‘I’m hitting the road to earn your vote’

WASHINGTON – Hillary Clinton is hitting the road as she starts her 2016 presidential campaign — quite literally.

Clinton left Sunday on a road trip from her home in Chappaqua, New York, in a van headed for Iowa, home of the nation's first presidential caucuses.

The former secretary of state announced her Democratic presidential bid Sunday and will hold her first campaign event on Tuesday in eastern Iowa. The road trip was Clinton's idea, aides said.

"When Hillary first told us that she was ready to hit the road for Iowa, we literally looked at her and said, 'Seriously?' And she said, 'Seriously,'" said longtime aide Huma Abedin in a conference call with Clinton alumni. "This was her idea, and she's been really excited about it since she came up with it."

Abedin said Clinton's van stopped at a gas station in Pennsylvania, where the former first lady and New York senator met a family from Michigan. "I think it's safe to say she surprised quite a few people who had just happened to stop for gas at the same time she did," she said.

A Clinton aide said the van is nicknamed "Scooby" after the Mystery Machine van in the 1970s animated television show, "The Scooby Doo Show." The aide said Clinton was a passenger and the van was driven by the Secret Service.

The trip will cover roughly 1,000 miles between Clinton's home in New York City's suburbs and Iowa. Clinton expects to arrive in the state on Monday and is appearing at a community college in Monticello, Iowa, on Tuesday.