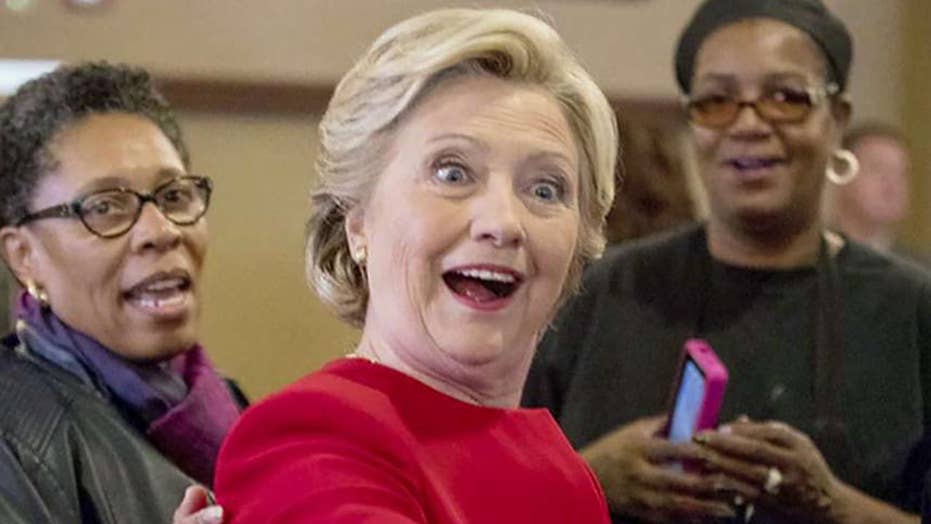 Former Secretary of State Hillary Clinton, who famously lost the 2016 election to now-President Trump, swiftly gave her public support to articles of impeachment against her political rival after they were announced by House Democrats Tuesday morning.

"We must defend our democracy, and the painful truth is that the occupant of the Oval Office is waging war against it," Clinton tweeted.

Clinton posted the comment along with a video of House Democrats discussing plans to move forward with impeachment articles alleging abuse of power and obstruction of Congress.

The former secretary of state and first lady has been the subject of increasing speculation over whether she might make a stunning late entry into the 2020 presidential race, as the crowded field starts to thin.

During a BBC interview in November, Clinton said she is not planning on running, but that she thinks about what it would be like to be president "all the time." When pressed on the issue, she said, "never, never, never say never," and that she's under "enormous pressure" to do so.

Since 2016, Clinton has repeatedly blamed her defeat on a number of factors, including misogyny, Russian hackers and WikiLeaks, and James Comey's public comments about the FBI's investigation of her private email server.

"If the election had been on October 27, I would be your president," she told CNN's Christiane Amanpour at a 2017 Women for Women International event.

During an October PBS Newshour interview, Clinton teased that "maybe there does need to be a rematch," and that "obviously I can beat him again," referring her securing a majority of the overall popular vote, while Trump won with a significant majority of the electoral votes needed to win.