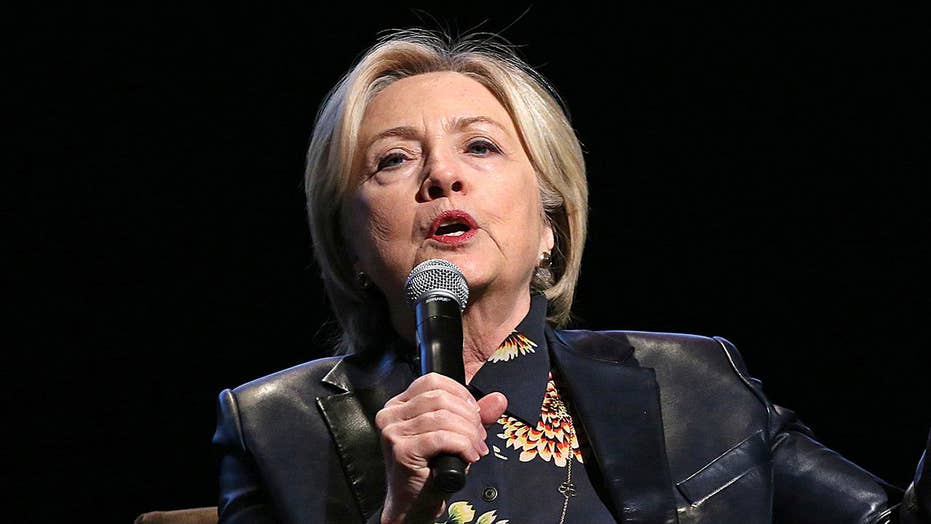 Philippe Reines understands President Trump's appeal and can see how Trump is re-elected.

Hillary Clinton’s trip to India is evoking memories from her failed 2016 bid for president, as the Democrat makes headlines for blaming racism and misogyny for her loss while taking stumbles in front of the cameras.

During her appearance in India over the weekend, Clinton claimed she lost the 2016 presidential race in part because white women didn’t stand up to the men in their lives pressuring them to vote for Donald Trump.

“We do not do well with white men and we don’t do well with married, white women,” Clinton said at a conference in Mumbai, India. “And part of that is an identification with the Republican Party, and a sort of ongoing pressure to vote the way that your husband, your boss, your son, whoever, believes you should.”

Clinton had been asked why about 52 percent of white women voted for Trump, despite the “Access Hollywood” tape showing him using vulgar language in the days before the election.

Interviewed on stage by India Today editor-in-chief Aroon Purie, Clinton accused Trump of running a “backwards” campaign that appealed to racists and misogynists.

She claimed Trump’s message to voters was: “You know, you didn't like black people getting rights, you don't like women, you know, getting jobs. You don't want, you know, to see that Indian American succeeding more than you are.”

During the campaign, Clinton apologized for her "basket of deplorables" remark, where she argued Trump’s supporters were driven “racist, sexist, homophobic, xenophobic, Islamaphobic" beliefs.

Meanwhile, The American Mirror published video online showing Clinton slipping twice as she fell down the stairs during her tour.

Clinton’s health was a topic of conversation throughout the 2016 presidential election, after having public coughing spells and staggering during a health "episode" at a Sept. 11 memorial service in New York City.

In October, Clinton fell down the stairs in London while on book tour and broke a toe.