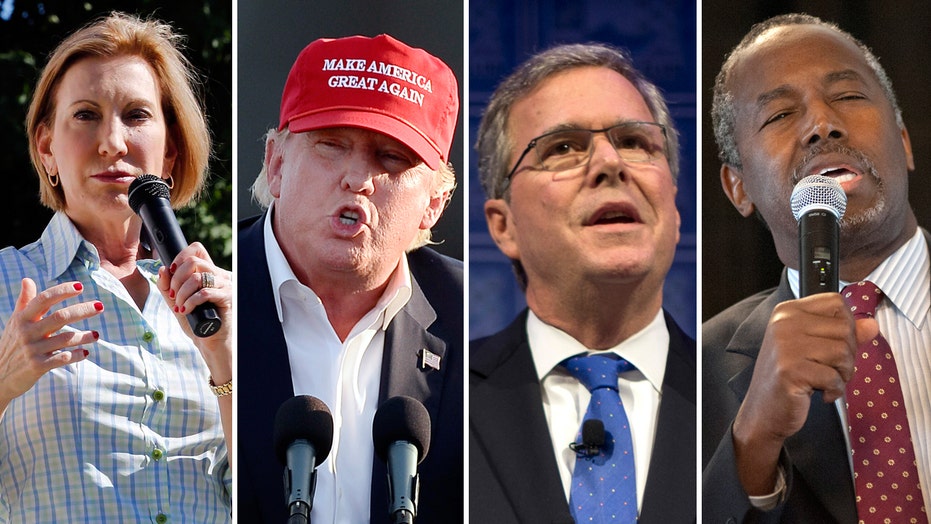 The 2016 Republican candidates are heading into only their second debate, and already the showdowns are starting to reshape the field.

One candidate, former Texas Gov. Rick Perry, dropped out after a lackluster performance last month coinciding with a fundraising crunch. Another, Ben Carson, has vaulted into second place since the first face-off, while Jeb Bush and Scott Walker have slipped.

The question is: after tonight's debate, what will tomorrow's field look like?

With donor dollars spread thin among a field of 16, the candidates who are not self-funded -- everyone save for front-runner Donald Trump -- face high stakes as they try to convince supporters they have the stuff to excel in Iowa, New Hampshire and beyond.

Perry's team acknowledged money was a factor in their struggling final weeks. The candidates still battling to break above a few percentage points in the polls could soon find themselves in a similar situation.

Analysts say Wisconsin Gov. Walker, in particular, will need to do well in Wednesday's main-stage event. Not only nationally, but in his one-time stronghold of Iowa, Walker's numbers have slid dramatically. Both he and Bush have indicated they plan to be more aggressive at Wednesday's debate.

"We got to show a little more passion. We got to be aggressive," Walker told Fox News on Tuesday night, when asked about his debate strategy for standing out. "You don't want to be rude. You don't want to be obnoxious, but you want to show the same kind of passion I showed when I didn't back down."

CNN is hosting an early debate for low-polling candidates at 6 p.m. ET, in Simi Valley, Calif., followed by the main debate at 8 p.m. ET, with 11 candidates expected on stage.

Carson has shown little interest in tangling with his opponents on stage. The strategy has gotten him this far, and he said he doesn't plan to change it.

"I don't think that my strategy is going to change at all. It's going to be to tell the truth and to talk about, you know, my vision for America," he told Fox News.

"I think he is running as a conservative. But the Tea Party movement, we were very wary of fake conservatives," Paul told Fox News. "Donald Trump was for President Obama's stimulus plan. ... No conservative in America was for it."

New Jersey Gov. Chris Christie, too, who has struggled in the polls like Paul, has signaled he plans to elbow his way into the conversation Wednesday night if the moderators are glossing over him.

A new entry to the main stage this time is former HP exec Carly Fiorina, whose stand-out performance last month helped her climb in the polls and qualify for the night bout.

The possibility of a Trump-Fiorina conflict is high, after Trump took heat for making a comment about Fiorina's face in an interview with Rolling Stone.

Asked about the dispute, Fiorina told Fox News the race is about "leadership" and "judgment" and "temperament," and "it is most definitely about character."

Fiorina, while rising in the polls, is still averaging just over 3 percent nationally, according to RealClearPolitics.

Bush, once the front-runner, is at about 8 percent. Walker is down to 3 percent. Texas Sen. Ted Cruz and Florida Sen. Marco Rubio remain in the middle of the pack, trailing slightly behind Bush.

In an interview with Fox News, Trump continued to tout his numbers and cast himself as the prime target Wednesday night.

"They are all coming after me is what I hear, and whatever it is it is," Trump said. "Let's see what happens."