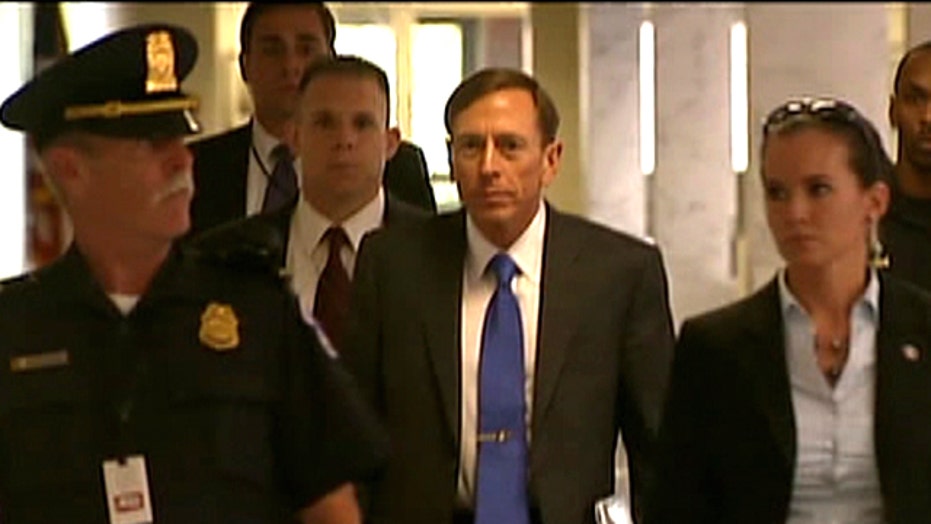 The Republican head of the Benghazi Select Committee warned Tuesday that no witnesses would be off limits in its upcoming probe and that he would consider going to court, if necessary, to compel testimony.

"I can't skip over a witness that I think we ought to talk to simply because there is an assertion of either privilege or immunity," Chairman Trey Gowdy of South Carolina told Fox News in an exclusive interview.

He said that while he has received good cooperation to date, and the issue had not yet arisen, "if you mean to say that 'not only can they not talk, they don't have to come,' you have to litigate that."

Gowdy said the investigation will be driven by facts, characterizing as strongly bipartisan his work with the committee's ranking Democrat, Elijah Cummings of Maryland, to review documents and identify witnesses.

He also said he anticipates the first public hearing will be held in September and will focus on the State Department investigation into the 2012 attack and whether its recommendations have been implemented.

Gowdy said he was not trying to single out any particular witness. He insisted he was just as interested in the former acting director of the CIA, Michael Morell, who was accused of misleading Congress over the flawed “talking points” that blamed a protest for the assault, as he was in the unnamed CIA public information officer who made a significant edit of the points.

"Either talk to all of them," Gowdy said, "Or concede you are not interested in getting all the facts."

Asked if the scope would extend to other current and former government and Congressional figures, including presidential adviser Ben Rhodes, former UN ambassador Susan Rice, and D.C.consulting group Beacon Global Strategies, Gowdy replied, "how can I run an investigation and at the end say that it was thorough and complete and fact-centric and fair if I began to rule out people that we're going to talk to?”

Beacon Global Strategies members include Clinton's principal gatekeeper, Philippe Reines, her former adviser for political and military affairs at State, Andrew Shapiro, the former chief of staff to Leon Panetta at CIA and the defense department, Jeremy Bash, as well as Michael Allen, the former staff director for the Republican-led House Intelligence Committee that investigated Benghazi.

The online bios of its founders and managing directors suggest no group knows more about the terrorist attack and the Obama administration’s response as well as having a vested interested in the scandal’s impact on Clinton’s presidential ambitions.

Gowdy said the fact-driven approach has derailed any attempts to minimize the importance of the committee's work. "The initial efforts to marginalize us as just a political exercise dedicated to drumming up the base, those efforts were not successful...Democrats are not only cooperating. They are suggesting, in some instances, other ideas for hearings. "

While the committee, which now stands at 13 staff but should reach its target of 20 by September, is focused on a detailed timeline to identify gaps in the facts, Gowdy said he believes closed or private depositions of witnesses as opposed to open hearings would provide the most information.

"Five minutes has proven time and time again to be an inadequate amount of time to get to the truth,"Gowdy explained. "I'm certainly not good enough in five minutes to unlock all the mysteries in the world. I might not be doing five hours but I would rather use whatever investigatory tool allows me the most amount of time with a witness or potential witness and I think that will be depositions as opposed to public hearings."

On Tuesday, the committee members met behind closed doors with the victims’ relatives including Pat Smith, the mother of foreign service officer Sean Smith.

"It's the one thing that I wanted was this investigation to get the answers,” Smith said. “And the people say that they're gonna do their best so this is what I'm hoping for."