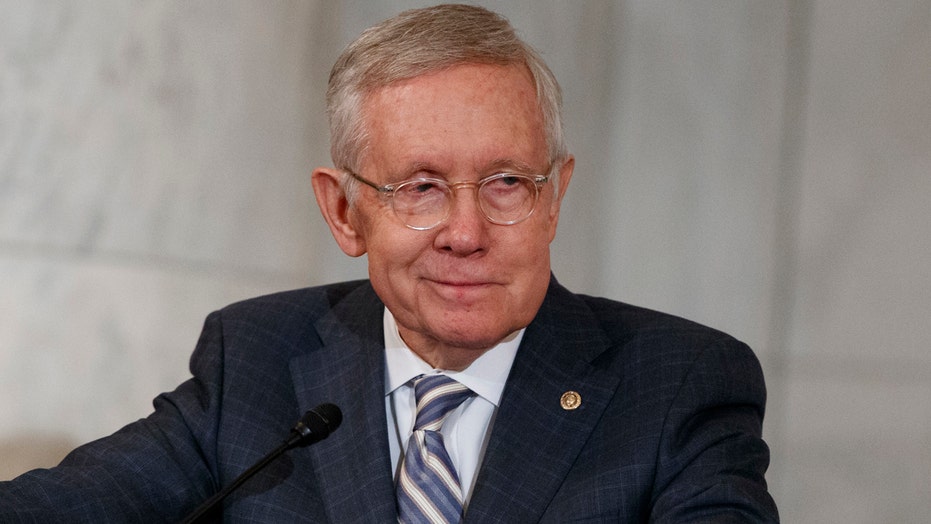 Former Senate minority leader Harry Reid, D-Nev., used campaign funds to pay a former staffer $7,000 to paint a portrait that is displayed in the U.S. Capitol.

Gavin Glakas, a former staffer for Reid, painted the portrait that will remain in the Capitol. On April 19, 2016, a $7,000 check for a “portrait” was cut to Glakas from Friends for Harry Reid, the campaign committee for the former senator.

The Washington Free Beacon first noticed the disbursement last August and reached out to Glakas and Reid’s office seeking an explanation of the disbursement. Neither returned a request for comment at the time. Glakas had previously painted a portrait of Sen. Reid’s wife, Landra, which was displayed in his office.

The farewell ceremony was also attended by Glakas, who has since added the painting to his gallery of work on his website.